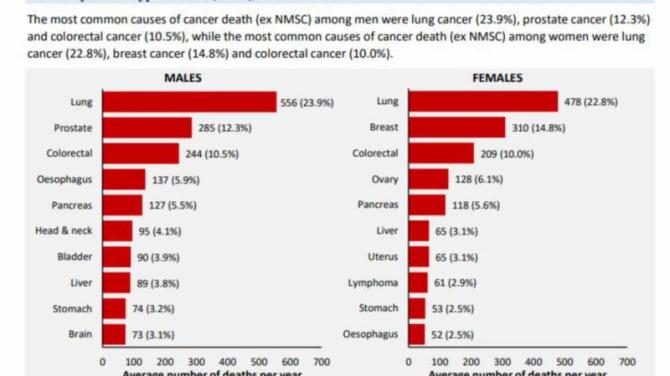 DURING a four year period from 2015 to 2019, a new report has revealed that in the local Government Distrct of Newry Mourne and Down no fewer than 6,481 cancer cases were diagnosed.

The Queen’s University N. Ireland Cancer Registry (NICR) publication is the official statistics on cancers diagnosed in Northern Ireland during 1993-2019.

This release provides details of the number of cancer cases diagnosed each year, along with incidence rates from 1993 to 2019 for all cancers combined and a wide range of cancer types.

Survival trends by cancer type and prevalence (the number of people alive) for these cancers is also provided.

The reports shows that there has been an average of 116 cases of lung cancer in the District over this period along with a higher than average (NI) in Colorectal Cancer cases, 599.

The total number of cancer cases involving females in the District was 3,039.

Non-Melanoma Skin Cancer accounted for 804 of the overall total.

The second highest type of Cancer was in Breast Cancer cases, 633, an average of 127 per year. Some 264 Lung Cancer cases were also diagnosed.