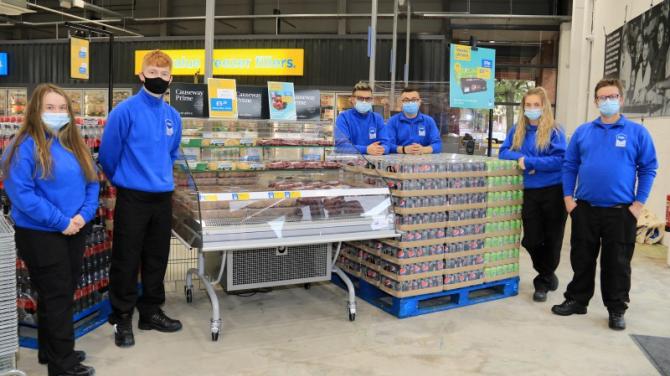 SUCCESS breeds success as Lynas swung open the doors to their second outlet in Newry.

As shoppers welcomed the opening of the company’s tenth store in Northern Ireland, a spokesperson for Lynas confirmed that the decision to open a second outlet in the border city was an easy one to make.

A spokesperson for Lynas retail exclaimed their enthusiasm about the opening of the new store and how the response to their first outlet was one main reason behind the decision to open one in the city centre.

"We have another store on the other side of Newry, Belfast Road, and we have had it for five years and the response we have had from the people of Newry in the surrounding area has been amazing. The opportunity of this building came up and we absolutely jumped at the chance. We are very excited this is our tenth store which is a bit of landmark for ourselves and we are just very excited to get the doors open."

The spokesperson for Lynas expressed their excitement for the new stores prospects stating: "We want to get into communities and grow with the communities around Newry.

"We are finding that out trade customers, now are thankfully able to open in the post covid world now that they want much more service where they can drop in and get stuff when needed rather than carrying lots of stock in the background incase anything does happen again.

"A refresh of the building just shows our investment in the local area and that’s what we want to do as Lynas we are a family company from Northern Ireland , and we want to get into communities and grow with the communities around us so that."

The new store offers hundreds of quality fresh, frozen, grocery and artisan products in bigger packs at whole sale prices. They have also have their own in house butchery allowing customers to purchase meats hand selected by their causeway prime craft butchers.