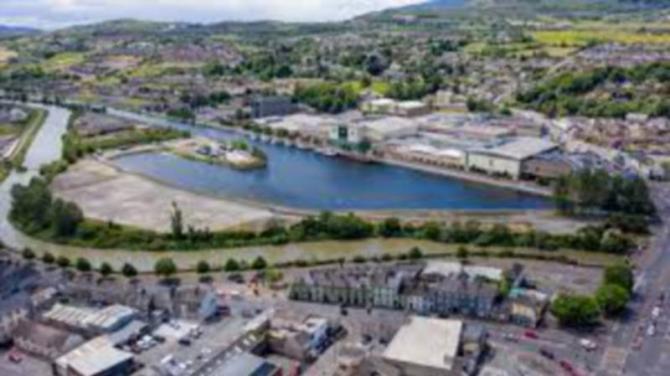 FINANCE Minister Conor Murphy has responded to comments made by SDLP MLA Justin McNulty in respect of delivering funding for the Albert Basin Park project in Newry.

Following a meeting of the Assembly, in which Mr Nulty questioned the Finance Minister on funding for the Newry Project, the local MLA accused Minister Murphy of “ attempted to deflect responsibility away from himself and onto other Ministers.

He stated: “ The people of Newry should quite rightly be asking, what is the value in having a local MLA as Finance Minister, if he is unwilling to or incapable of delivering for local people?”

Responding to the comments, Minister Murphy acknowledged the importance of the Albert Basin project .

The Minister also emphasised the importance of tapping into all resources and possible funding available.

“This particular project is a key component of the overall Newry regeneration proposition, some of which is coming through the city deal proposals.

“It is hoped that another major staging post for those proposals will be announced in the not-too-distant future. I am aware of the strategic location of the proposed park in Newry, with the greenway linkage from Carlingford right to Portadown, if you take the towpath in as well. The park will be in a very strategic location along that route, and it has that all-island component to it.

“I have engaged very frequently with the Department of the Taoiseach and others who run the Shared Island Fund.

“I want to bring a prospectus from that to the Executive in order to make sure that the Executive, and the Infrastructure Minister in particular, have an opportunity to engage with that so that the plans that the Executive have, with the limited capital pot that we have, can add maximum value when they are being used across the island.

“We want to hook up with the national development plan and the Shared Island Fund, which is a component part of that. I am very keen to do that in order to make sure that our Executive programmes and the funding that we have can be enhanced through engagement with other sources of funding, be that the PEACE PLUS or the Shared Island Fund, and that we maximise the potential for cross-border infrastructure, which has suffered from a lack of investment for decades.”