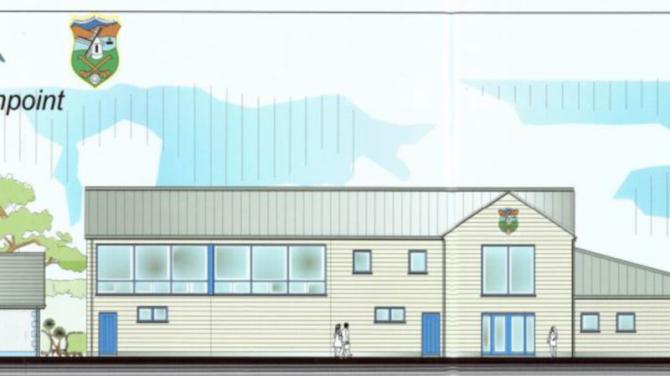 PLANNING officials have given the green light to a proposed £1.5Million development on the grounds of St Peter’s GAA club in Warrenpoint.

The proposal, which will go before a meeting the Council’s Planning Committee on Wednesday seeking full planning approval, includes the construction of a practice pitch along with a two story pavilion which will incorporate changing rooms, toilets and meeting rooms.

A walking track, amenity area and improvements to existing carpark are also included in the proposal.

The lands comprising the application extend to include established grounds of St Peter’s and also the lands associated with the riding/ equestrian facilities south of the GAA grounds.

One letter of objection was received along with a notification of support from Sinead Ennis MLA.

The new pavilion will be sited in the same area as the existing club rooms and will include changing rooms and gym at the ground floor with club rooms above.

The smaller existing structure is to be retained and refurbished to provide storage, plant and toilets, and will remain single storey.

The proposed facility takes into account the needs for people with disabilities and is, as far as possible, accessible by means of transport other than the private car.

In a presentation to the Council the benefits to the local Community were outlined.

“In terms of the socioeconomic benefits the proposal will result in:

Overall capex investment of £1.5Million; an enhancement of the extant playing facilities for the club’s 700 members of which half are juvenile as a significant and intermediate step in realising the club vision; providing access onto Rostrevor Road without having to use Rath Road which represents clear betterment.