More people return to work in NMD in September 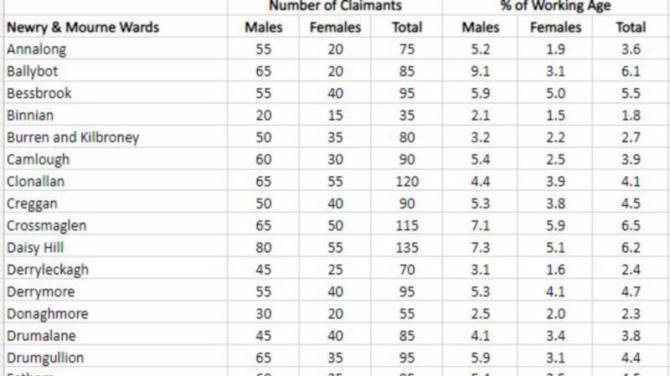 THE Number of claimants in the Newry and Mourne Couyncil area fell during the monbth of September.

Figures from the Depatment of the Economy show that the total number of claimants in the month was 2,615, a drop of 55 on the previous month.

The total number of claimants in Northern in September was 48,120.

The number of people on the NI claimant count (experimental) decreased over the month to 47,900 in September 2021. The experimental Claimant Count includes Jobseeker’s Allowance Claimants and those claimants of Universal Credit who were claiming principally for the reason of being unemployed.

The latest Labour Force Survey (LFS) estimates relate to June-August 2021 and indicate that, over the quarter, both the employment and unemployment rates increased, while the economic inactivity

The NI economic inactivity rate (the proportion of people aged from 16 to 64 who were not working and not seeking or available to work) decreased over the quarter (-1.3pps) and over the year

(-0.3pps) to 25.8%. The NI economic inactivity rate remained above the UK rate (21.1%). Neither the quarterly nor annual changes were statistically significant.

The total number of weekly hours worked in NI was estimated at 27.1million, an increase of 1.9% on the previous quarter and 7.9% on the equivalent period last year.