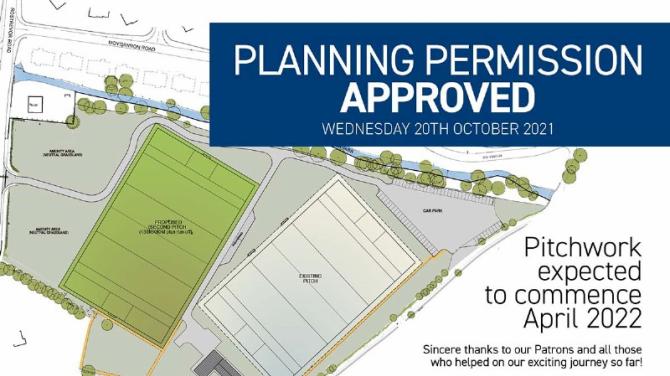 NEWRY, Mourne and Down District Council’s planning committee have adopted a recommendation by planners for a new training facility for St Peter’s GAA Club in Warrenpoint.

The location for the new facility is on land adjacent to Páirc Liam Uí Ír (Liam O’Hare Park), which the GAA club bought in December 2018 for £300,000.

One representation of support was received by NMDCC by Sinn Fein MLA Sinead Ennis, while one objection letter was also issued, as of September 30, to the local authority citing the potential access route to the new ground as “very dangerous”.

However, despite the concerns, planning officers said they had no objections to the proposed access route on the Rath Road.

Following approval the road will now be improved and widened to 4.8m, while the existing footpath along the site frontage is also to be widened (2.4m), with splays of 4.5m by 75m provided in both directions from the access point.

Several conditions were included in officers recommendation for approval including the widening of the road, footpaths and car park prior to the commencement of other developments.

The development must also be built within the next five years, according to the report presented to members.

The report said: “There is no unacceptable impact on the amenities of people living nearby. The proposed development is to serve this existing club which is long established at this location.

“The proposal has been fully assessed taking into account the amenity of nearby properties whereby it is considered there are no grounds to sustain a refusal. Environmental Health has not raised any issues.

“Taking into account the above, it is considered the proposals are policy compliant and there are no grounds to sustain a refusal, following extensive consultation with a number of bodies.

Congratulating the team on what was described as a “historic day”, the chairperson of the committee, Declan McAteer, said: “This is a good decision for planning and congratulations to all concerned.

“I want to thank the planning officers for working with and cooperating with the club.

“This will be a great asset to the community in Warrenpoint and a whole new beginning for that club and I wish them all the best with it.”