Relative of Talbot hit and run victim asks "How can someone live with themselves not knowing what happened?" 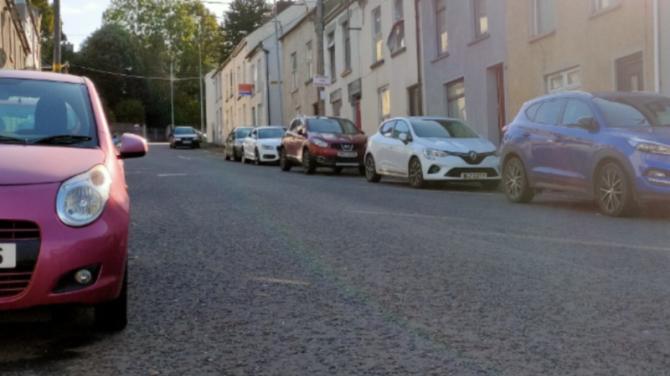 THE relative of a 65-year-old woman who was struck down in a hit and run incident in Talbot Street Newry has stated that he cannot understand “How those involved can live with themselves not knowing what it is happened to the person they hit.”

Gerard Kearney, who is the son in law of the hit and run victim , made the comment in regards to the incident which involved a single vehicle striking his mother-in-law at speed at the lower end of Talbot street, before the driver in question turned their vehicle around and fled from the scene indifferent to the wellbeing of the woman they had just ran over.

Gerard has stated that not only has his mother-in-law suffered immensely from the physical injuries she sustained in the accident, with the impact of the car having broken her pelvis in two places, but that his mother-in-law “has been left so traumatised by the accident that she does not want to be identified by name.”

“My mother-in-law has been left so traumatised by the accident that she does not want to be publicly named in relation to the accident.”

“The incident occurred when my mother-in-law was walking to a local hairdressers located on the lower end of Talbot Street. The vehicle that struck her approached at speed before hitting her, causing her to sustain double fractures to her pelvis. The driver of the car then turned around and fled the scene, leaving her lying in the middle of the street, not checking on her welfare or calling for an ambulance. ”

Gerard states that the hit and run accident has left he and his entire family lost for words and unable to understand how those driving the vehicle could “live with themselves not knowing what it is happened to the person they hit.”

“This entire tragic ordeal has left me and my family at a complete loss of words unable to understand how those involved in striking my mother-in-law with their car could live with themselves not knowing what it is happened to the person that they hit.”

"My mother-in-law is now in hospital awaiting surgery to repair the double fracture she sustained as a result of the incident and as a result was not present at the recent birth of her new grandchild. She is the rock of the family and we are lost without her at this time. My only hope is that we are able to find those responsible.”

Gerard who was quickly on the scene of the incident would also like to pay tribute to the staff of Windsor Hair Studio, members of the public and a local off duty paramedic Raymond McClelland who assisted him in providing early medical assistance to his mother-in-law.

An employee of Windsor hair studio who did not want to be named was able to provide a first-hand account of how the events in question unfolded.

"The lady who was struck by the vehicle had an appointment with me at 9.30 am in the morning and at about 9.35am I remember looking out the window to see her get out of her car at the corner of Sandy Street. A minute or so elapsed and I began to wonder why she had not come in for her appointment yet.

"I looked out the window and I saw the woman lying down vertically on the road. I then ran downstairs and there was another lady who was already tending to the woman who was hit. When we went over the woman who had been hit was in shock although she still asked us to help her get up. Although she had only been lying there for a few minutes, she told us that she felt like she was lying there for an eternity and was afraid that another car was going to come down the road and hit her.”

"The lady who was hit told us that people driving the car drove up to the top of Talbot street and reversed before driving back down again before fleeing the scene. There was also another woman who witnessed the event and identified the car in question as being white and that there were two people in the car. An ambulance was then called for and we also called the police.”

"I would ask for the people who are responsible for this to come forward. Although it is possible what happened may well have been an accident because the sun was quite low which can cause glare in the eyes, I would still be concerned if the people who did this have done anything like this before.

Commenting on the incident in question SDLP MLA for Newry and Armagh Justin McNulty has made a public appeal for those responsible to present themselves to the authorities.

“I am shocked and appalled at the disgraceful hit-and-run on Talbot Street which has left a lady in her 60s injured and need of surgery. To leave a person lying on the street without any care for their condition is nothing more than complete cowardice.

‘The individual responsible for the hit-and-run, causing this injury and fleeing the scene needs to present themselves to the authorities without delay. Equally, I would encourage anyone with any information which can lead to the identification and apprehension of the person responsible to bring it forward.’

Newry, Mourne and Down PSNI are currently conducting a comprehensive investigation into the incident in question and are currently reviewing local CCTV footage in the area to identify the vehicle and individuals responsible. They also made a public appeal on their Facebook for anyone with information that could identify the driver of the vehicle involved in the incident to come forward and share it with them.

“Police are investigating a hit and run incident which occurred on Friday 15th October 2021 at approximately 09.45 on Talbot Street, Newry.

A female pedestrian was struck when crossing the road by a car which has resulted in serious injuries. This vehicle failed to stop.

Were you in the area at the time? Can you help us identify the vehicle and driver? Maybe you have Dashcam footage that could help.

We are particularly interested in the Talbot street/sandy street area.