Newry Rally wraps up pressure on authorities to deliver Park 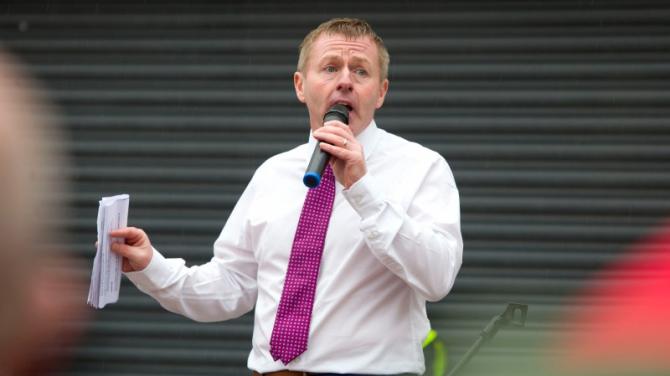 “ONLY the beginning of a long road and battle against those who have opposed the Park,”.

Independent councillor Gavin Malone speaking after a huge crowd gathered in Newry on Saturday for a rally in support of the Albert Basin Park.

According to the Councillor pressure is growing on the local authority to deliver the Park project.

“On Saturday I had the pleasure and privilege to speak in front of a large crowd of Newry people in an effort to bring sustainable pressure on Newry Mourne and Down District Council to develop the much needed and wanted People’s Park.

“ I was amazed at the large turnout of ratepayers and their obvious support for this tremendous project. This is only the beginning of a long road and battle against those who have opposed the park and done all in their power to procrastinate this very well supported project. We have to regroup after the rally and develop a strategy which will maintain the pressure on elected members , MP’s , MLA’s and Senior council officials to ensure our voices are heard and listened to.

“ Many ratepayers approached me and asked that I start a petition and present the same to the council, to again reinforce the need for the People’s Park project. I will table this proposal at a future strategy meeting.

“ I would finally like to congratulate the rally organisers , speakers etc, but more importantly a massive thank you to the people of Newry for turning out in their hundreds to support the People’s Park initiative. I will continue to do all I can to get this project up and running in the near future.”

The Albert Basin park project which has been in the development pipeline for several years now and has received widespread support from all sectors of the Newry community.

As stated on the Albert Basin parks community organisations website

“The Albert Basin Park Project is made up of ordinary people from the local Newry & Mourne area who want to improve the area where we all live. Sadly, Newry City still remains the only city in Ireland that does not have a City Park.

“A newly Planted Tree-Trail containing every Native Irish Tree Species. A new Marina, Water Sport Support Facilities (WC/Changing Rooms/Cafe) and a Maritime Heritage Centre with a new All-Ages playground including a Children’s Playground, Running/Cycling Track, Skatepark & Outdoor Gym are just a few of the proposed amenities that could be constructed if the Albert Basin park project is given the green light for development.”