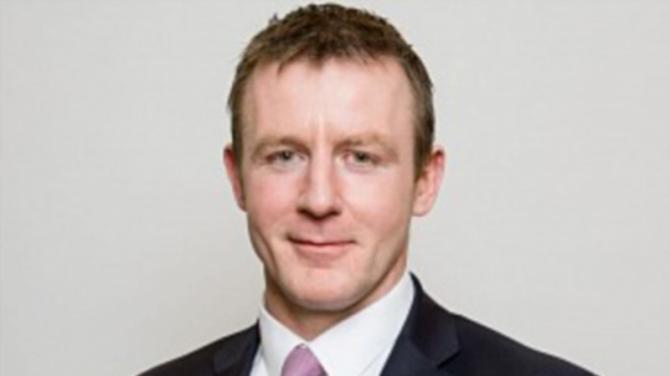 The SDLP has selected incumbent Newry & Armagh MLA Justin McNulty as its candidate for the constituency in the next Assembly election.

Mr. McNulty was selected at a virtual selection convention in the constituency on Thursday evening.

“Since being elected to the Assembly in 2016, Justin McNulty has shown himself to be a passionate, principled and committed representative for the people of Newry & Armagh. He has been a tireless advocate for the people he represents and has championed important local issues.

“Whether it’s defending Daisy Hill Hospital, fighting for the best education for every child, or championing social justice for the most vulnerable in our society; Justin has brought the passion and commitment he showed in his sporting and professional career into the Assembly chamber. He has been a tireless advocate for the people of Newry and Armagh and has given a platform to the issues that matter.

“Justin is a key part of the SDLP team and he brings important real-world experience to local politics. Justin has a wealth of experience of leading teams in business and in sport, and he has a record of winning when it matters and delivering when it counts.

“People across the North are being failed by the toxic brand of politics being peddled by the Sinn Féin-DUP partners that dominate our Executive. It’s time for action on the real issues that matter to people - a broken health service, crisis in education, a lack of social and affordable housing, the spiraling cost of living, and the looming climate crisis. To tackle these problems, we need a strong SDLP team with MLAs like Justin McNulty fighting our corner at Stormont.”

“It has been an honour and privilege to represent the people of Newry & Armagh for nearly six years. Throughout that time we’ve had some big wins and major achievements, but there’s still so much work to do.

“People in Newry and Armagh are weary and angry and feel let down by the lack of delivery from Sinn Féin-DUP. I’m constantly speaking to local people and communities who feel abandoned - all people want is fairness, support when they need it, quality healthcare and opportunities for their children and families to live safe, prosperous, long and healthy lives.

“Sadly, the two establishment parties are only interested in their own selfish agendas, however at this next election, the public have a real opportunity to choose change and vote for SDLP representatives who are determined to tackle the issues that matter to them. It’s long past time to end the 15 years of non-delivery from the Sinn Féin-DUP and to reject their narrow, flag waving politics and all of the sham fights and manufactured crises that come with it.

“Let’s choose hope and delivery over fear and failure.”

Today's date can be read left to right, right to left & upside down