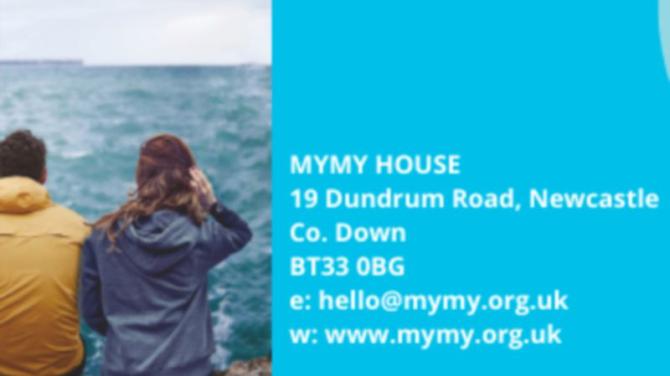 THE Newcastle Community has come together to produce a Calender to raise awareness of the issue of men's mental health and to support the local charity Mind Yourself and Your Mate, or My, My, which provide men throughout Newry, Mourne and Down with the resources necessary to help themselves in times of emotional crisis.

The Calendar, which was created in part through the efforts of Newcastle woman Dawn Regan alongside the photographic talents of Ian McSweeney features photographs of various well-known local men from the Newcastle and wider Newry, Mourne and Down community as well as inspirational quotes from a variety of different historical figures such as Aristotle, Aesop and Roas parks.

Dawn was keen to explain the reasoning behind the creation of the Calendar stating that she believed it was important to “to get it out there into people's homes to raise awareness about the issue of mental health, with a particular focus on men's mental health.

"Both myself and some of my friends in a similar age group wanted to help raise awareness about the issue of mental health so we thought the production of the calendar would be a good idea.

“The Calendars main purpose was to raise the knowledge about the My, My, My Mental Health charity, the issue of men's mental health and to raise awareness regarding the resources that are available to support everyone in the community who may be suffering from mental health difficulties.

P.J McGee, who was a Physical Education teacher at a local school for over 37 years, was one of the men featured on the Calendar and was keen to relate why it is he agreed to be involved in this project to produce the Calendar to raise awareness about the issue of men's mental health.

“"I am pictured in the My, My, My mental health charities new Calendar in the month of March.

"Dawn was the person who requested that I be included in the Calendar. She wanted people in the community who others would recognise to be involved in the project. I was a physical education teacher in a local school, that being Saint Malachys, for thirty-seven years and I also taught Dawns Son. I also taught Ray Cunningham who runs the My, My, My mental health organisation as well.

"There have been a high number of people in the area that have passed away due to mental health difficulties. This is an issue that all areas can suffer from, but it has been a problem in this area. So, when Dawn asked me if I would be interested in having a photograph taken for the Calendar I happily agreed, because I have no issues in promoting mental health.

Slieve Croob Councillor Alan Lewis who was also featured in the MY, MY mental health Calendar ,having been pictured with his two children Harry and Olivia also related why he thinks it is important to raise awareness regarding mental health stating that he became involved in the project to help promote “ awareness of men's mental health.”

“I became involved in the MY, MY Calendar project to help promote awareness of men's mental health. It is vitally important that we destigmatize the topic of mental health so that we can properly take care of not only ourselves, but those around us be they family or friends.”

“The Calendar is raising vital funds for the charity and it also sends out a clear message that everyone can suffer from some form of mental illness at some point in their lives and that there is help available.

For more information on the services that the Mind Yourself and Your Mate provide you can you can visit the organisations website at www.mymy.org.uk.For more details on how to purchase the new calander contact MY, MY directly on 028 4372 7549. Featured in the calander are :SARDA IN January February is Petsey BurnsMarch is Pj McgeeApril Sansoa Dumange JuniorMay Paul Tumelty June Corky RiverJuly Cllr Alan Lewis August Charlie MagennisSeptember Colin Mcgrath MLAOctober is PD SavageNovember Roger HawthornDecember Ian McSweeney.