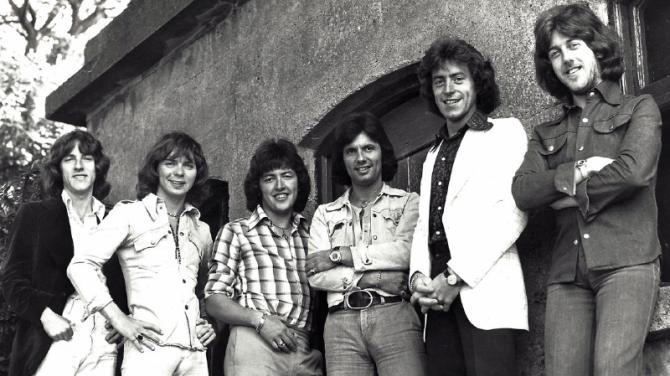 STEPHEN Travers, one of the three surviving members of the Miami showband massacre, has gone on record stating that a recent award made by the Belfast High court in the amount of £1.5million to the survivors and relatives of those killed in the 1975 atrocity allows for the drawing of a line “ underneath the Miami case. ”

Stephen, who was personally awarded £425’000 in damages for the terrible and lasting impact the massacre had on his life , made the comment when asked by the Democrat how he felt in regards to all those who were affected by the atrocity finally receiving some form of acknowledgement and compensation for the pain caused by the loss of their loved ones.

Mr Travers states that although the whole point of brining the case to the High Court was, in his own words “never about the money”, he is “ happy with the result” the group has got.

“Bringing the Miami case to the High court in Belfast was never about the money, but the damages awarded in court does draw a line underneath the Miami Showband case to a certain extent. I am seventy years old and I will be seventy-one in January so I am happy with the result that we got. The amount of money that we have been awarded is an indication and acknowledgement of the severity of the crime that was committed. We are not going to pursue the Miami case anymore and hopefully we can now get on with our lives as much as possible.”

Mr Travers is of the belief that although being awarded such a substantial amount of money by the High court will enable other victims and survivors of the troubles to come forward and have “their day in court” , he does draw attention to the tangible threat to justice posed by the proposed statute of limitations on troubles related crimes claiming that that “the threat posed by the statute of limitations was on (his) mind the whole way through the court case.”

“What we have done here is opened the door for more victims to come forward.

“Having said that the threat posed by the statute of limitations and closing down of the ongoing investigations being carried out into legacy cases was on my mind the whole way through the case in court. As we said the payments are a form of compromise as well as acknowledgement of what happened, but what we also need to bear in mind is that there are a lot of other people out there who would like their day in court however it would turn out. So, we must continue to oppose the statute of limitations that is being introduced by the British government. Mr Travers concluded by relating his experience of reading out his Victim impact statement in Court, claiming that he was pleased with the fact that such a statement was allowed to be read in a civil case.

“ The very fact that a victim impact statement was allowed in a civil case is very unprecedented and the fact that the judge allowed for this is something we were very pleased with. I read the statement in court and explained the impact that the events of 1975 had on not only us, but the entire country. They were brining valuable enjoyment and respite to all people on the Island, North and South, Catholic, Protestant, A few people also spoke to me afterwards and explained how my impact statement spoke for not only the group, but the country as a whole.”