SDLP selects McGrath and McKevitt as South Down candidates 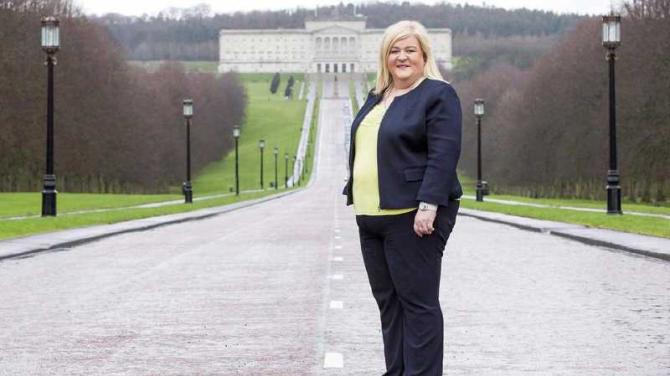 The SDLP has selected sitting MLA Colin McGrath and councillor Karen McKevitt as its candidates for South Down in the next Assembly election.

“I am delighted the party has selected two excellent candidates to run for the SDLP in South Down. This election will be hugely important in shaping the future of the North and people will be given the chance to change the 15 years of non-delivery they have been subjected to by the dysfunctional Sinn Féin-DUP led Executive.

“There is real frustration at the situation across the North. While the pandemic has resulted in additional pressure being introduced into people's lives, problems around a lack of investment, a failing education system, the inability to access healthcare as and when required, the looming threat of the climate crisis and inability to secure decent housing long predated the pandemic.

“If we are going to tackle these issues then we need a strong SDLP team fighting on behalf of local people at Stormont. Colin McGrath has been a tireless advocate for the people of South Down for the past five years as an MLA and for over a decade as a councillor before that. As the SDLP’s Health Spokesperson he has been an important voice for people right across the North during the pandemic, while also giving a platform to the issues that affect people in South Down.

“Karen McKevitt has already proven herself as a first-rate representative for the people of South Down in the Assembly and I have no doubt she will be again. During her time as an MLA she developed a reputation as a tireless worker on issues including housing, welfare, health and education and has carried that with her in her work as a councillor."

“It has been a pleasure and a privilege to represent the people of South Down as both a councillor and an MLA. We have achieved so much by working together, but there’s lots that still needs done to make this area the very best it can be.

“It’s a deep regret that so much of this Assembly term was wasted by the Sinn Féin-DUP decision to collapse the Assembly and their refusal to restore it. Important legislation was lost, interventions that would have made a real difference to people’s lives fell by the wayside and we are still trying to pick up the pieces.

“I regularly hear from my constituents about the issues that matter to them, people unable to afford a deposit for a house, failing to get a GP appointment for them or their family, their child’s school struggling to get by and the cost of living crisis. People are fed up with non-delivery from Sinn Féin and the DUP, tired of repeated threats to collapse our institutions and tired of parties putting their own self interests before the public they represent. In this election people have the chance to vote for something different at the head of our Executive and I’m determined to do all I can to deliver that change."

“I am both honoured and excited to be given the opportunity to once again represent the people of South Down in the Assembly. If elected I will do everything in my power to make the case for local people and their issues in the heart of government.

“This is a great area, we have some of the most beautiful scenery anywhere on these islands, a wonderful coastline and a tourism offering that’s up there with the best of them, but we have so much potential that has not yet been realised.

“South Down needs politicians who are going to fight on the causes that matter to them, the SDLP has always been a strong advocate for people in this area and I hope to continue that tradition to keep giving people the representation they deserve. Together we can make a real difference and give the North the real leadership that has all too often been lacking from the DUP and Sinn Féin.”