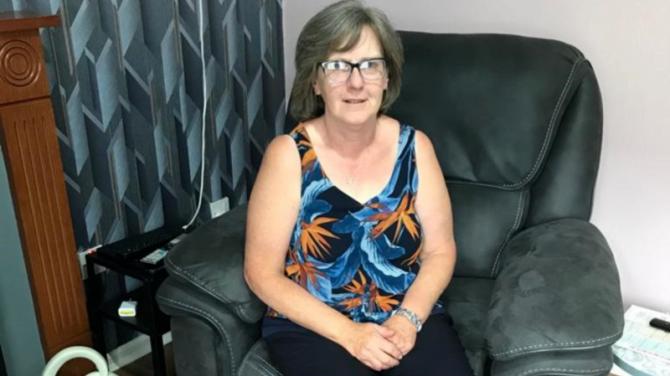 A NEWRY woman is helping the Housing Executive mark a very big birthday – as the social housing organisation celebrates its fiftieth year.

Valerie Rooney, who sits on the Central Housing Forum representing South Down, is one of a number of contributors taking part in a series of special video interviews with tenants and organisations engaged in great work at grass-roots level.

Valerie, from Parkhead Crescent in Newry, has been a Housing Executive tenant for 37 years.

“The Housing Executive has been very good and supportive of our local community group, they granted money towards a kickabout area and we were able to get a community house in an old bungalow. It has been a lifeline for the whole community,” she said.

“Any problems we have at all, the Housing Executive are willing to help us. Housing in this area has grown and grown and social housing is the main type of housing.

“When we moved in at the start we had wooden windows and we persuaded the Housing Executive to put in double-glazing windows.

“Most recently, the whole estate has had PVC windows fitted and they are a brilliant job – a lot warmer and more fuel efficient.”

As a member of the Central Housing Forum, Valerie is also actively involved with looking after strategic policies within the Housing Executive.

A tenant led forum, it acts as a sounding board for any changes in the existing policies.

She said: “I have been on this forum for the past five years and tenants have their say on all aspects of the Housing Executive.

“We have our input into any consultations and we also have different tiers and working groups for different aspects of Housing Executive work such as welfare reform.

“We have a new group starting up on the disability actions for adaptations and what disabled people need done to their homes and the complexities of all of that.”

Valerie also sits on the Housing Executive’s 50th working group which actively looked at ways the organisation could celebrate its 50th anniversary.

“My role was to put forward ideas as to how tenants could celebrate the anniversary - there have been a lot of changes in the past 50 years in my area alone.”

Valerie says she would not live anywhere else, adding: “I have five children and they live in the same area and it’s a really close-knit community here.”

Valerie’s video can be seen on the Housing Executive’s social media platforms.