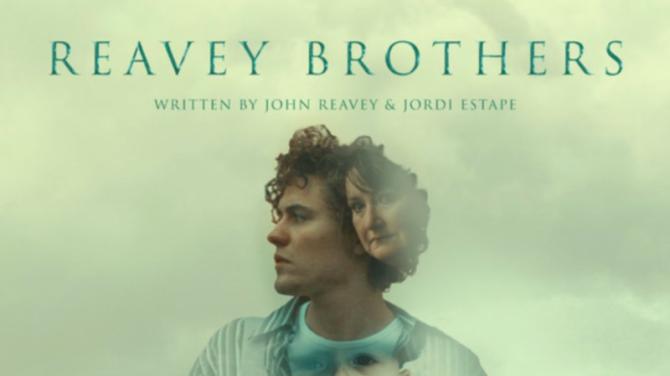 The short film focuses on the life of brothers John Martin, Brian and Anthony Reavey, who were murdered at the family home in Whitecross, on January 4, 1976, by the so-called Glenanne Gang.

Director and writer John Reavey is nephew of the murdered brothers and he admits having butterflies ahead of its premier.

“That is the big thing, a lot of people have been congratulating me on putting this together already and it is hard to reap the rewards just yet,” said John.

“I want people to enjoy the film and at least feel that the family are happy with the result. No-one has seen the film yet. It is definitely a little bit of pressure on me but it probably won’t hit me until the night. It is one of those things that I will have to embrace and see how a feel then.”

The Reavey brother’s anniversary mass took place on Saturday night. The boy’s murders and events surrounding it has always been part of the Whitecross DNA growing up and the young film director said that releasing the picture this week had that in mind.

“We realised that the film festival circuit finished in December 2021 and Jamie [Tarr] the producer proposed we show the film then but I wanted to hold off for a month so we could release it around the same time as the boy’s anniversary and it gives a wee bit more meaning to the whole event,” John said.

“One thing that I am going to be really proud of is that no matter what people think of the film I feel that I have done my job in some way by keeping the story alive. To let people, know what happened to the Reavey brothers.

“I value coming from a community background like Whitecross so much. There is a lot of people my age that don’t have that kind of support and I am super lucky to have it and it is something that I don’t take for granted.”

The cast includes actors Derry Girls star Dylan Llewellyn [Anthony], Niall McNamee [John Martin] and Geraldine McAlinden as Sadie Reavey. And they’ll be present on both viewings at the Canal Court tonight and tomorrow night, along with guests Jarlath Burns and Ryan Cinnamond.

Further screenings take place at the Omniplex in Newry later the week although they are all sold out, even the Prince Charles Cinema in London has a sold-out show on January 18, which is incredible

“To even have something showing there is a big, big deal for someone like me, never mind selling it out,” said John.

“It is such an ecstatic feeling and I am really riding this wave of just excitement and there is a whole lot of pressure and expectation. But if I am not enjoying myself now then I never will.

“It’s a lot to take on board for 24-year-old John, but he is taking the experience in his stride.

“I am absolutely buzzing; it has come out quite quickly to be fair,” John said.

“To be honest we always had this idea that it might be a big event and we are going to put on a good show for what started off as quite a small project. We are a small team with a big dream and it will all come together hopefully. I know my ones will be there to fall back on.”