'Apology means nothing to me' 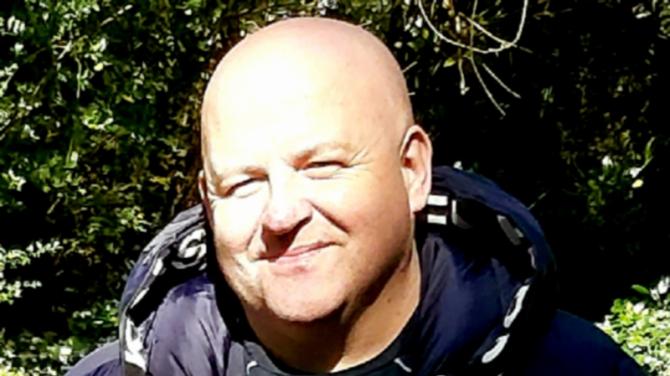 THE Son of a woman who was housed in the Marianvale mother and baby home, Newry, has stated that the upcoming apology due to be delivered by both Paul Given and Michelle O'Neill in regards to the findings made by the Historical Institutional Abuse enquiry has stated, in his own words, that “An apology is not something I would be hanging onto as it means absolutely nothing to me.”

Eunan Duffy, who was adopted from the Marianvale mother and baby home at just two weeks old, has made the comments in regards to the joint apology that is scheduled to be delivered within the houses of parliament on the 11th of March by both the First and Deputy first ministers in which they intend to publicly apologise for the findings of the Historical Institutional Abuse enquiry, an apology which many feel is long overdue as although the enquiry first published its findings in 2017, no further actions have been taken on the matters raised in the report due to the collapse of Stormont.

Eunan states that an apology on behalf of the state for its wrongdoings is, in his own words “very subjective” and although “ an apology is something that is extremely important for some people, for others it is way down on their list of priorities.”

“An apology is very subjective. An apology is something that some people will hang onto, and it is important to them, but an apology is not something I would be hanging onto as it means absolutely nothing to me.

Eunan cites the fact that in order to be “wholesome, genuine, meaningful” a state apology for the wrongdoings listed in the HIA enquiry has “ a lot of ground to cover.”

“What matters is how deep and profound the apology is and what it covers, will the state hold its hands up for everything that was done wrong?

“The HIA redress for example has been nothing short of an absolute farse because there is a judicial review that is taking place on how it has been implemented. The HIA inquiry, its legacy of redress including the financial compensation, the state abdication of establishing and implementing the redress scheme when Stormont collapsed and the fight to have the scheme enacted by Westminster and subsequent N.I Executive Formation Act that belated establishment of vital support services which were only established in December of 2020, seven months after the redress scheme opened.

“This means that a state apology has a lot of ground to cover, to be wholesome, meaningful, genuine and encapsulating a raft of state failures and shortcomings in the past and presently. Acknowledgement of wrongdoing must be unequivocal, but more importantly based on state intent to act to rectify injustice.

“The state effectively handed over women and children into the care of these religious orders and charities and didn't do their job in terms of keeping an eye on them. This was found out by Sir Anthony Harte and his team who carried out investigations into the three good Shepard institutions in Derry, Belfast and Newry and they found systemic problems and abuses.

“No criminal prosecutions have occurred despite countless accusations substantiated by personal and collective corroborated evidence.”

Eunan further states that what a lot of people do not seem to realise is that Newry was quite a hotbed for these types of institution listed in the HIA enquiry and that there were a lot of institutions that “operated so low key and under the radar.” that he still wants to see exposed.

“ Newry was quite a hotbed for these types of institutions. There have been a lot of institutions that operated so low key and under the radar that we want to see them exposed.

“We still have many questions regarding anomalies surrounding Marian Vale as well which I have been investigating. As most people know the actual building itself has been raised to the ground and the only the Cemetery still remains.

Eunan cites his own story as an example of the anomalous activates that occurred in Marian Vale, that were only further compounded by the activities taken by the state at the time.

“For someone like me when it comes to the official paperwork and documentation it is recorded that I was in the institution for ten weeks. However, Legislation through various decades for example would have said that no child could have been taken from one of these organisations until it was adopted or could have been taken for adoption until it was at least six weeks old. This is complete and utter nonsense and I am a case in point because I was with my adoptive parents within two weeks of being born.

If you look at the paper work, everything was legally and officially done in terms of the documentation, but in reality, things were a lot different. These people now a days are still talking the same nonsense such as justices of the peace being present when these women signed their consent forms, but this is complete balderdash.