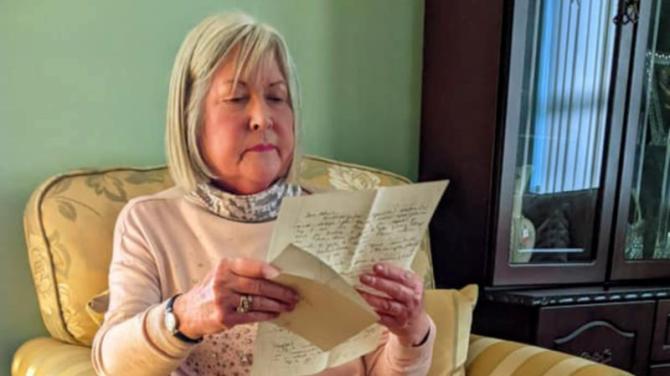 A COMMEMORATION event to mark the 50th anniversary of a civil rights march that occurred in Newry in the wake of Bloody Sunday is scheduled to take place in the Gaelaras, on Chapel Street this Saturday (February 6).

The event which has been organised thanks to the efforts of the local history group “Doire go Doire Beag”, or “Derry to Derrybeg” in conjunction with the renowned local historian and friend of The Newry Democrat, Dr John McCavitt, will take place as both a mark of remembrance and respect for the 14 individuals who perished at the hands of the British armies 1st Battalion Parachute regiment 50 years ago in 1972.

It will also as act as a commemorative event for all those citizens of both the Derrybeg housing estate and wider area that attended the rally the following Sunday in Newry to act as champions for all those who lost their lives at the hands of the destructive and indiscriminate violence that was wrought on that day 50 years ago that will be forever remembered in infamy.

The march in question , which was covered in detail by both local and global media entities who waited to document what many at the time feared could have easily become a so called second Bloody Sunday is estimated to have attracted up to 100,000 people onto the streets of Newry.

Thankfully however the event turned out to be a bloodless Sunday with the marchers encountering no serious resistance from the security forces in attendance at the event.

Reflecting on both the march in question as well as the days both immediately succeeding Bloody Sunday, and preceding the march on February 6 1972, is one Maire Murray, who was then the assistant to the secretary of the Newry civil rights committee Margo Collins. Maire cites that it is owing to the fact that she was in possession of both a driver's licence and a car at the time the march was due to take place as one of the reasons as to how she became first involved in the march.

“I then became the assistant to the secretary of the head of the Newry Civil rights committee at the time Margo Collins because I had a car and I could drive. This is how I got involved in the walk in Newry following Bloody Sunday.”

Maire, like many others views the events of Bloody Sunday to be a watershed event in the historical narrative of the troubles , stating that for many people “Bloody Sunday was a breaking point” and as a result of the terrible atrocities that were committed on that day 50 years ago, “it became so imperative that we marched on the following Sunday, the 6th of February,” said Maire.

”Bloody Sunday was a very emotive day and it was a very important day in the history of Northern Ireland. Nothing was ever the same again after it. It was on the evening of the day in question that we began to consider to organise the march in Newry. It was terrible times and I believe that Bloody Sunday was the breaking point for a lot of people , as a result it became so imperative that we marched on the following Sunday, the 6th of February.

“I stayed in Derrybeg the night before the march and so did Sean Hollywood and Rory McShane because we were afraid that we would be arrested before the march. Following the events of Bloody Sunday, we were very nervous about the paratroopers and knowing what they were likely to do, so everyone was waiting for another Bloody Sunday.

“With so many people coming it was very important that the event was organised to the hilt. I can remember quite clearly that the atmosphere was very silent, however the sheer number of people in attendance was a spectacular sight to behold. People came in their droves and walked in dignified silence to Marcus Square.

“My position on the day was at a microphone on the slip road. We walked down a main road and then we took a left. We walked right down past the hospital and past Monaghan Street and across to Marcus Square, where there was a platform set up. This platform however was a dummy platform because we were never going there. There is a little tiny road to the left of Marcus Square and this is where the march went, down into the meadow where there was a wide large open space.

“I was positioned here with a microphone telling which group, each of which had a banner, to come down next into the meadow. I was in this one spot for the entire day until it was over. I was that busy that I didn't even know that Vanessa Redgrave was in attendance at the march because there were so many people.”

Maire is keen to emphasis the fact that although the post Bloody Sunday march from Derrybeg into the Newry town centre was organised in part by the Newry Civil rights committee , and although members of the committee were in attendance at the event the vast majority of the march was composed of ordinary people, families, grandmothers, children.

“The Newry march wasn't composed mostly of civil rights activist, although they were in attendance, it was composed of ordinary people, families, grandmothers, children,” Maire said. “People came out as families and there were so many people in attendance it was unbelievable.”

Although tensions were running extremely high on the day of the march, with the whole world looking on to observe what they believed could have very easily became a so called second Bloody Sunday, it was thanks to the efforts of Maire and her colleagues in the Newry Civil rights committee who organised the event that the world did not witness a repeat of the tragic events that had occurred only a week prior.

“We had every angle of the march covered with stewards that were made up of people that we could trust. The likes of teachers and local people that were involved in different civil rights organisations at the time. There were around hundred men in attendance with armbands that were there to ensure that there would be no trouble as far as we could organise it and the word went out that there was to be no trouble on the day. Thankfully there was no trouble and the march did go by so peacefully.”

Maire was also keen to relate the fact that she is very pleased with the efforts that have been made by both Doire go Doire Beag, and Dr McCavitt to have the events of the 6th of February 1972 in Newry commemorated and remembered this Sunday in the Gaelaras.

“I think it is very important that we remember the Post Bloody Sunday Civil rights march that took place in Newry on the 6th of February 1972 as the march is not in the history books. Although my children's generation have all heard about Bloody Sunday, they have never heard about the Newry March that followed after it. From this aspect I believe the commemoration and remembrance of the march that is going to take place this Sunday in the Gaelaras is very important.”

Speaking on Doire go Doire Beags Facebook page, Dr John McCavitt, a key organiser of the event made a public appeal for anyone who would be able to provide a written account of their memories, or memorabilia from the march in Newry that took place on the 6th of February to get in touch with either him or the organisation in question.

“We encourage people to contribute written reflections, short or long, on the Newry march on February 6, 1972, one week after Bloody Sunday. Please email to john@8990.uk or gaelarasmhicardghail@gmail.com

“We are interested in the bigger and smaller detail of preparations - march organisation, stewarding, media relations, bus hire and journeys, committee member names, names of those who made or carried banners.

Reflections are also welcome on impediments to travel en route to and in Newry, preparations for defence and first aid, feelings in advance of, during and post the march. Please detail where possible reception by march organisers and Newry residents. Contributions are welcome from ordinary participants, stewards, surviving organisers of the march and outside observers.

“All materials received possess their individual integrity and will be valued. They may be shared electronically or in person with others who are interested in the Civil Rights period. This is an exercise in harvesting memories and accounts and is not an open discussion forum for promoting or challenging a viewpoint. Contributions therefore should be respectful of others, living and deceased, and must show the contributor’s full name and the locality they come from. There is no word limit.

“If anyone wishes to submit a private contribution only for the archive, please let us know in writing or by e-mail and we will stamp and reserve it accordingly.