Newry projects could be victims of Stormont crisis 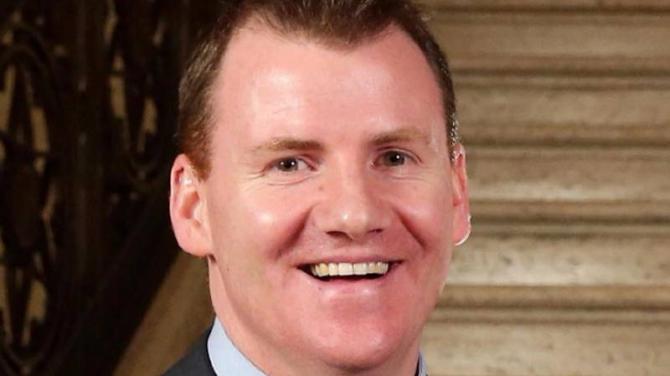 THE CEO of Newry Chamber of Commerce and Trade has warned of ‘very serious economic consequences’ for the region in the light of the resignation of First Minister Paul Givan.

Givan, who was only appointed first minister eight months ago, announced his departure on Thursday citing the threat the continued Brexit arrangements posed to Northern Ireland institutions that depend on consent between nationalist and unionist communities.

The resignation is being seen as part of a two-step move to finally deliver on the threat.

On Wednesday night, the DUP agriculture minister, Edwin Poots, made the first move, ordering a halt from midnight to post-Brexit checks on food and farm products that were brought as part of the Northern Ireland protocol between the UK and EU.

In a statement, The Newry Chamber Board expressed extreme disappointmnet on the decision by Givan, plunging Stormont into uncertainty.

Tony McKeown CEO said “We have been consistent in our discussions with all government parties that our members, from across the Greater Newry area, want and demand political stability. This decision, ahead of signing off the three-year Draft Finance budget may have very serious economic consequences across the region. Our business community has faced incredible challenges over the last two years.  Their resilience has been remarkable and inspirational. We have worked in collaboration with our members and a range of stakeholders to help overcome the many challenges.  Through commitment and constant dialogue, we are now in a much better place.

As we start a new year, there is real optimism within the business community. We are hopefully coming to the end of the pandemic and despite the challenges of inflation, energy prices and labour shortages, there is so much to be positive about. The recently signed Belfast City Deal and Newry City Centre Regeneration projects will see £100’s millions in investment. The £16m for Albert Basin Park in Newry was widely welcomed but it is in the draft Finance budget which is now in jeopardy. Many of our members are making the Protocol work for them and whilst not perfect, we felt that through negotiations between the EU and the UK, an acceptable solution for business could be reached. Northern Ireland has an incredible opportunity to attract new inward investment as we have dual access to GB and EU markets.

The decision to collapse Stormont has been widely condemned by many business organisations.  It sends out a message to the world that NI is dysfunctional and will put off investors. In addition, we are faced with a skills and labour shortage crisis that is hampering our economic growth. Political instability is one of the main reasons that some of our best young talent, our future, give for leaving NI and never returning. This has to stop.

The Chamber calls on all our political representatives to commit to ensuring this certainty which business and society craves, and to work together in a collaborative fashion to deliver for our people and our economy.