Councillors urge NI Executive to deliver for local government in 2022 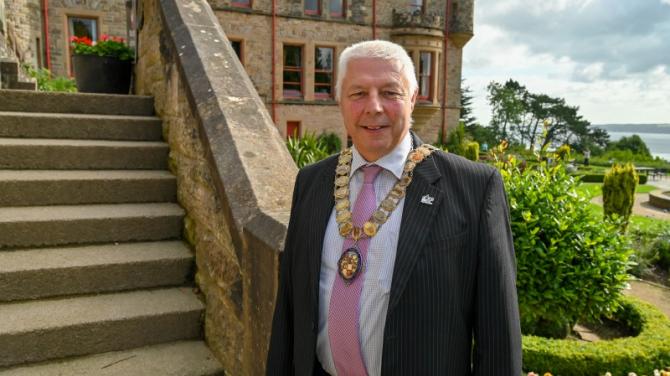 LOCAL government representatives in Northern Ireland have called on Executive ministers to deliver for councils ahead of and after the upcoming Assembly Election and treat local government here as an equal and full partner in the democratic makeup of Northern Ireland.

Representatives of the Northern Ireland Partnership Panel met on Wednesday for the first time this year to discuss a number of issues including Covid recovery, the upcoming Assembly Election, planning, remote council meetings, and rates.

The Partnership Panel provides a formal mechanism for political and strategic liaison between Executive Ministers and local government elected members on policy matters of mutual interest and concern.

Council representatives urged Executive ministers to properly back local government ahead of the Assembly Election in May, with an all-encompassing Devolution Bill which devolves further powers, resources, and finances to the 11 local councils across Northern Ireland, including a more sustainable financial footing for councils and long-promised powers like regeneration.

The panel also expressed concern over the status of the 2022-2025 Budget, which Finance Minister Conor Murphy confirmed this week cannot progress without a full Executive in place. Members also agreed changes to the way the panel functions after suggestions were raised that the Partnership Panel could work more effectively.

“The Partnership Panel is a welcome and timely opportunity to engage with our colleagues in the NI Executive and central government. The Panel is an important mechanism which brings local and central government closer together on issues of mutual concern for both sectors. Engagements like these have been especially vital during the pandemic as everyone in our society has grappled with the challenges in front of us.

“The removal of Covid restrictions from law to guidance earlier this week was a welcome decision by the Health Minister and hopefully signals the end of major restrictions on our lives brought about by the pandemic. Local government has led with distinction since March 2020, delivering for our communities and our constituents, and providing key public services under some of the most difficult circumstances many of us will ever face. However, this has left local councils in a perilous financial state and now is the time to prioritise recovery and local government sustainability.

“The clock is now ticking down to polling day in May. This Assembly Election is a major opportunity for local government in Northern Ireland. NILGA has made the case for a number of years for councils here to be granted more finances, more powers, more resources to deliver for communities in times of political instability. A new, all-encompassing Devolution Bill for local councils would ensure that they are fully funded, properly resourced, and have the ability to deliver even more on a local level.

“Ahead of the election, we will continue urging our parties and candidates to ensure they commit to lifting up local government in the next mandate. This means finally devolving key powers like regeneration, which have been too long promised to councils in Northern Ireland, and creating a new way of funding our councils, a more sustainable and long-term funding model which ensures confidence in the services we provide.”