Fall in the number of claimants in Newry & Mourne District Council 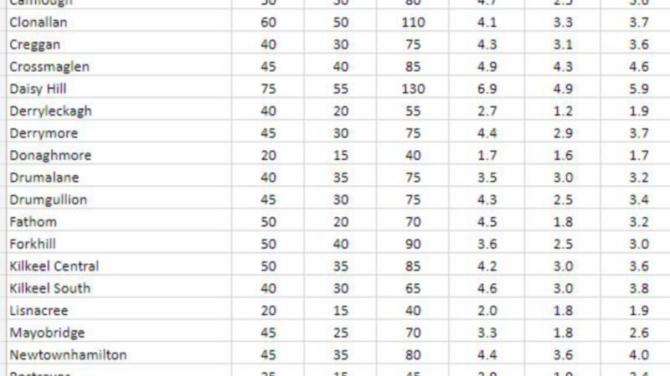 UNEMPLOYMENT fell in January in the Newry and Mourne Council area.

Compared to the previous month, December, there has been a fall of 65 while the year on year total shows a reduction of 990.

The number of employees receiving pay through HMRC PAYE in NI in January 2022 was 774,900, an increase of 0.4% over the month and 5.0% over the year. This is the highest on record and the eighth consecutive month that employee numbers have been above pre-COVID levels.

260 proposed redundancies since the beginning of 2022

NISRA, acting on behalf of the Department for the Economy, received confirmation that 20 redundancies occurred in January 2022. Over the year from 1st February 2021 to 31st January 2022, 2,450 redundancies were confirmed, 54% less than in the previous year.

The latest NI seasonally adjusted unemployment rate (the proportion of economically active people aged 16 and over who were unemployed) for the period October-December 2021 was estimated from the Labour Force Survey at 2.7%. The unemployment rate decreased by 1.3 percentage points (pps) over the quarter and by 0.8pps over the year. The quarterly change was statistically significant and is likely to reflect real change.

The economic inactivity rate (the proportion of people aged 16 to 64 who were not working and not seeking or available to work) increased over the quarter (+0.5pps) and over the year (+0.1pps) to 27.3%. Neither the quarterly nor annual changes were statistically significant.

The latest HMRC payroll data showed that employee numbers were the highest on record in January and 2.9% above those recorded in March 2020 pre-COVID. A closer look at the annual increase (+5.0%) in payrolled employee jobs shows that all sectors with the exception of finance and insurance reported an increase over the year. The accommodation and food sector reported the largest percentage increase over the year (+14%), where employees in this sector are just above (1%) those recorded pre-pandemic.