Give Aaron chance to walk 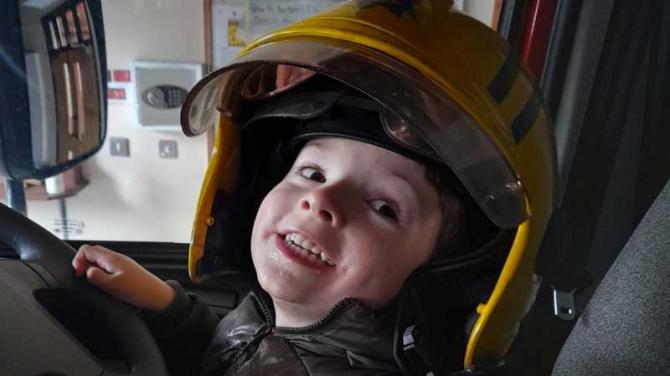 NEWRY father Patrick Walsh hopes that the money raised will be life-changing for his five-year-old son Aaron.

Aaron was born with cerebral palsy and diplegia in him limbs, which is excruciating painful for Aaron and also means he can’t walk. But an operation in America should alleviate the pain and give Walsh a chance of walking.

It is a heart-breaking conditions, Aaron’s dad explained.

“You know when you are in bed at night and you get a spasm in your leg and it locks up – that is the type of pain he is in regularly,” Patrick said.

“We can give him medicine which makes him a bit floppy, because it relaxes his muscles and stops him from going into the spasms. But you would be in bed at night time and his legs would be flying, making kicks unbeknown to him and sometimes he would wake up screaming and he can’t tell what is wrong. I am sure he doesn’t know where the pain is coming from or why it is happening.”

Aaron’s mum is Lisa and his older brother Oisin is 16-years-old and sister Megan is 17-years-old. Aaron turns six in October and his dad hopes he can receive life-changing surgery soon.

“We sent all our medical stuff to America and they gave us the go-ahead in September that Aaron was a suitable candidate for the operation. He had to reach a certain criteria and we were over the moon that we got the ok,” said Patrick.

“We started fundraising in September and we are nearly there now and I can’t believe it, especially in the middle of Covid.

“The surgeon in America is the top of the pops at these procedure. We have been speaking to other families and they were telling us they people would be able to tell who has done the surgery.”

Aaron would be under the care of Dr Park, a world-renowned surgeon in SDR (Selective Dorsal Rhizotomy) at St Louis Hospital.