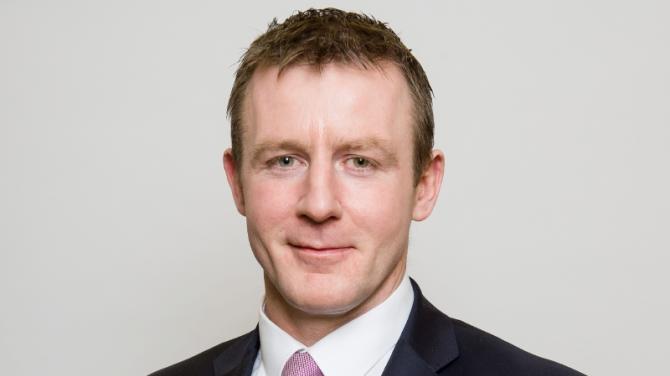 NEWRY and Armagh SDLP MLA Justin McNulty has tabled a question to the communities' minister Deidre Hargey encouraging her department to assess the impact that the decision not include Boxing in the 2028 Olympic games will have on local boxing clubs.

The question tabled by Mr McNulty, who is a keen sportsman in his own right having played for the Armagh Gaelic Football team when the team won the 2002 All Ireland Final, is in reaction to the decision taken by the International Olympic Committee (IOC) not to include boxing in the event line-up in the 2028 Olympics that are scheduled to take place in L.A.

“The fact that boxing has been removed from the line-up of the 2028 Olympic games in L.A is preposterous. Aside from the question that I have tabled for the community's minister Deidre Hargey I have also spoken to the Department of Communities in regards the impact that this decision is going to have on local boxing clubs. “The Department believes that the decision taken by the IOC to remove boxing from the Olympics is a political manoeuvre on the part of the International Olympic Committee (IOC) to have some of the boxing federation's come into line with the IOC rules and standards.”

Describing the decision taken by the IOC not to include boxing in the 2028 Olympic line-up as “ruinous of the sport” in question, it is Mr Mcnulty's hope that “common sense will prevail and boxing is reinstated as an Olympic sport.”

"The impact of this decision on the part of the IOC will be enormous. Boxing clubs play very important roles in our communities and I am a very big fan of the sport knowing that the lessons gained from the discipline are very important and last a lifetime. Every child joins a boxing club with the dream of competing in the Olympics one day and to take this dream away is ruinous of the sport.

“I would hope that common sense prevails and that boxing is reinstated as an Olympic sport because it is just preposterous that boxing is not included in the Olympics. Especially here in Ireland given our successful history of boxing at the games.”