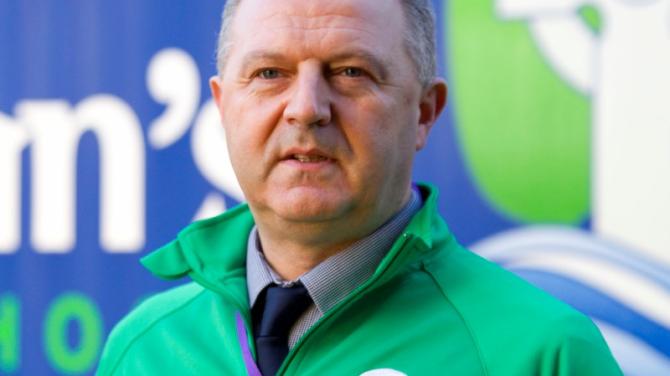 PRINCIPAL of Saint Ronan's Primary School Newry, Kevin Donaghy, has expressed his doubts regarding how effective the £5 million pounds allocated by the Education minister Michelle Mcllveen will be in helping schools deal with the rising cost of utilities bills in the new school year.

Mr Donaghy has expressed reservations regarding how far the £5 million pounds will go in helping schools to meet the rising cost of gas and oil claiming that the question that needs to be asked is will “the extra £5 million that has been earmarked by the education minister for the entire school population in Northern Ireland going to be enough?”

“To the best of my knowledge the cost of gas has gone up by thirty or forty percent. I have been speaking to my fellow school principal colleagues and they have told me that the cost of their gas bill per month has in some cases has doubled if not tripled. Other schools that may have oil as their main form of central heating may be facing a similar challenge.

“The question that we need to ask here is the £5 million pounds that has been allocated by the Education Minister Michelle Mcllveen to help schools deal with rising energy costs is really going to have the desired effect whenever it is spread out across the entire school population in Northern Ireland.

Mr Donaghy also drew attention to the fact that his school having not yet received an indicative budget for the new tax year as another factor that only serves to exacerbate the financial uncertainty and hardship that he and many of his school principal colleagues face this year , as well as questioning whether or not the scheduled two percent cut in the education budget announced by the Northern Ireland Executive is indicative of the Executives own rhetoric that “ the wellbeing of our children's education is important.”

“Since we do not yet have our allocated budget for next year, we as schools are currently operating in the dark. Our new budget should be starting on April 1 and we have yet to be given an indicative budget to give us an idea of what it is we will be running our school on next year. It is very difficult to lay in place any long-term financial planning whenever the decisions on spending are left so late.

“Furthermore, the education budget has already been scheduled to be cut by two percent which will have a detrimental effect on terms of what financial resources the schools have at their disposal. So, schools will feel the detrimental effect of rising utility bill costs as well as the scheduled 2 percent cut in the education budget.The rhetoric of the Executive is that the wellbeing of our children is important, but is this rhetoric being matched by the deeds of the Executive?

“ Alos another element that needs to be taken into consideration is the upcoming scheduled increase in national insurance cost that employers have to pay. Employers I believe are expected to now pay an additional 1 percent national insurance contribution. Schools are an employer, we pay or staff and schools would pay around 91 to 92 percent of their budget on staffing costs. Going back to the point I made in regards not knowing what the indicative budget will be for the new school year, I do not know what impact this increase in national insurance will have because I have yet to see my budget. I cannot see what my staffing costs will be.”