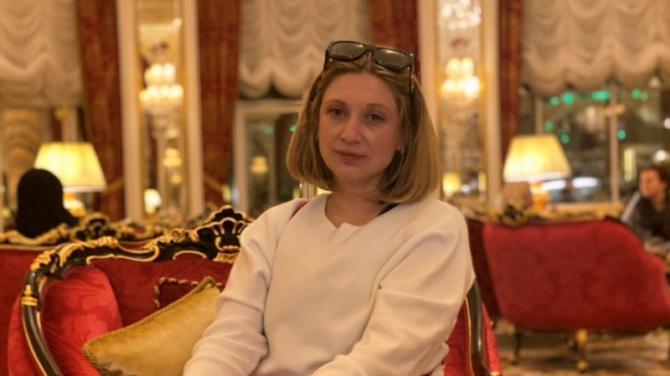 LIKE many Ukranian nationals Oksana Mullen, daughter in law of the renowned Newry figure Jerome Mullen, has expressed grave concern for her relatives that are still living in the Ukraine who have either been unwilling or unable to leave in the wake of Vladmir Putin's invasion of their beloved nation.

Oksana, who is married to Jerome's son Justin, has multiple relatives still living in the war-ravaged country. Justin states that both he and Oksana believe the reason as to why so many Ukrainians now find themselves directly facing the dangers posed by the relentless machinations of Vladmir Putin and his Russian war machine is owing to the fact that “no Ukranian expected that Putin would do what it is he has done because it just did not make sense.”

“No Ukranian expected that Putin would do what it is he has done because it just did not make sense. That is why the whole of the Ukraine was so shocked whenever he did invade.”

Oksana was keen to describe the surreal level of incredulity experienced by many of the people still living in the Ukraine, relating the story of her cousin Katrina who is now stuck in the capital city of Kyiv as fighting rages on between both Russian and Ukranian forces over the very future of the nation's capital.

“I have Cousins all over Ukraine and one cousin I was speaking to on the phone is called Katarina. The day before the Ukranian forces were about to enter Kyiv I had read that the city was going to be attacked at 3.00am so I stayed on the phone to her until 3.10am.

“When we were speaking, she was crying because she is very scared as she cannot believe the situation that she now finds herself in. She told me that she had just been at work only a few days ago and now all men within the age bracket of 18-60 are being conscripted in to the army to fight the advancing Russian forces.

“Katrina lives in a first-floor apartment in Kyiv and they have been told not to leave at all. She told me that they cannot sit in their bedroom because they run the risk of bullets flying through the window and causing glass to shatter all over the place so they have to sit in the bathroom. I was also talking to her recently and she told me that the current situation in Kyiv is terrible. There was lots of fighting and she heard a lot of terrified children crying. We can't believe that this is the situation that Kyiv finds itself in, now in the 21st century. It is absolutely horrible.”

While expressing concern for the wellbeing of her cousin Katrina, Oksana also related her worries regarding her parents who currently live in an area close to the main industrial heartland of the Ukraine known as the Donetsk region. She states that her main worry is that they will be caught in the wave of the advancing Russian troops that are currently marching their way up south from the Crimea.

“My mother and father are currently living in the Ukraine along with my brother. I have been speaking with them over the phone every-single day. I have also been speaking with my mother every single day and at night. They live in a town which is located a four-hour drive from the South East of the capital Kyiv in Ukraine's industrial region called the Donetsk were a lot of Ukraine's factories are located.

“The main concern for my parents is that if you look at the Russian military advance in the Ukraine, a lot of their military forces are coming up south from Crimea. If they do advance along this route then the Russian forces will try and sweep past the town my parents currently live in to get to Kyiv. They also told me that they were only 200 meters away from a site where a Russian plane had been shot down and that everything in their building was shaking.”

Despite the harrowing circumstances that Oksana parents now find themselves in, they, like many other proud Ukrainians, are determined to stand their ground against Vladmir Putin's unjustifiable occupation of their nation. This is particularly the case with Oksana's father.

Oksanna also elaborated as to what she believes Vladmir Putin's motivations are in launching an invasion of her beloved country, claiming that this once KGB agent turned wannabe dictator wants to remembered in her own words as “a Tsar 2.0”

“What Putin's key motivation is in invading the Ukraine is that he has never gotten over the breakup of the USSR. He wants to go down in history as the president who has expanded the territory of his country. He wants to restore the Soviet Union to what it once was and become a Tsar 2.0, So he is definitely out of his mind.

“He has always regretted the fact that the USSR broke up in 1991 and he has always had a desire to bring it back together. In his invasion of Ukraine Putin has demonstrated that he believes that Ukraine has no right to be a sovereign self-governing independent nation state, he does not recognise the Ukranian nationality identity.