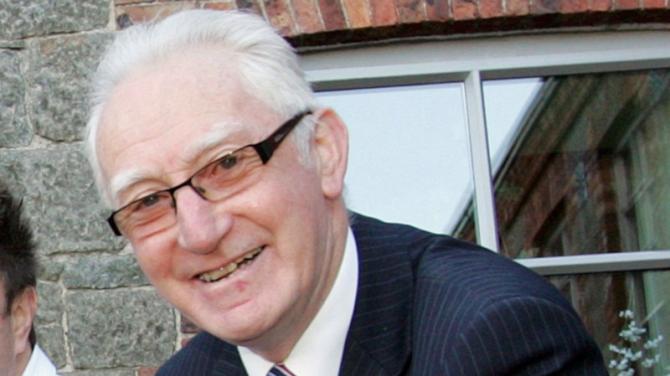 “VLADIMIR PUTIN is the twenty firstcentury equivalent to Adolf Hitler.”

Powerful words spoken by the Polish consul to Northern Ireland Jerome Mullen following the death of his Daughter in Law Oksana’s mother who suffered a heart attack whilst fleeing from the carnage unleashed by Vladimir Putin and his war machine in Ukraine.

Jerome related the story of how his Daughter in Law Oksana, whose concerns we detailed in last week's edition of The Newry Democrat, mother Galina and her family had to endure an over sixteen-hour train journey from Kremenchuk to Lviv before the effects that such a long journey would inevitably have on any person of Galinas age set in.

“From 7 am in the morning Galina and her family waited in a train station in Kremenchuk for twelve hours in minus 1-degree temperatures . They eventually managed to get on a train and proceeded to go on an over sixteen-hour journey to Lviv. When the family got to Lviv Galina suffered a heart attack and died.

"When my daughter in law Oksana heard the news, she collapsed and an ambulance had to be called for her so she could be taken to to hospital. Although she has since been discharged, I have spoken with her and she is absolutely heartbroken. Oksana was doing everything she could to get her parents out of harm's way.

'We are now in the difficult process of arranging for Galina's body to be brought into Poland to for a cremation in Krakow. The crematorium in Lviv is closed and not operating so she cannot be cremated in Lviv and she cannot be taken back home. We are working on trying to get her body back into Poland right now as it is the wish of the family that Galinas body will be cremated in Poland. Her husband Kola and their Son are still in Lviv trying to arrange with a funeral director to bring her body to the border of the Ukraine and with another funeral director in Poland to transport her body from the border.

"This is another grim example of the tragedy that the war in Ukraine that has been perpetrated by Vladmir Putin has inflicted on the people of the country such as Galina and her husband Kola. They had to suffer and endure such arduous trip from Kremenchuk to Lviv.

“Vladmir Putin is a vile individual who is the 21st equivalent of Adolf Hitler. Putin has perpetrated this vile war on an innocent nation of peace-loving people who want nothing more than to have normal independence like any other country in the world, but Putin wants to rule and control them.”