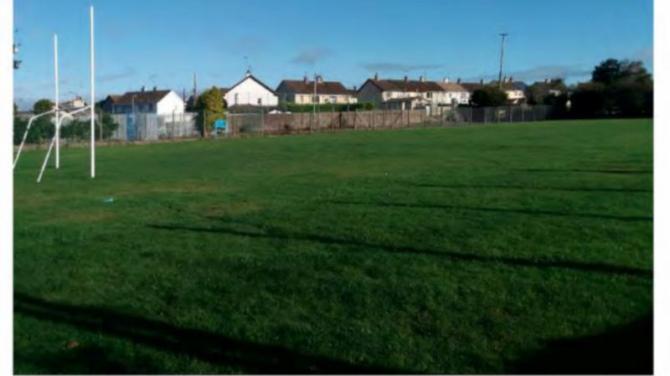 The application site on the Bettys Hill Road is partly located within the development limits of Ballyholland and is partly on rural lands with no additional designations.

The portion of the site within the settlement limit is zoned as major area of open space, as identified by Banbridge, Newry and Mourne Area Plan 2015.

The area, according to the Case officer, is varied in terms of character, with recreational and residential uses on and surrounding the site.

The site adjoins an existing community centre building and playground to the east.

At the time of preparing his report to the Council, seven objections had been received. This includes three objections submitted by the same representative and a letter of objection prepared by an independent planning consultant on behalf of a third party objector.

Seven points were raised in respect of the natural heritage and environmental impact in which a call was made for an independent environmental study to be carried out.

The impact on the proposed floodlighting on neighbouring land and residents along with noise pollution impacting neighbouring properties was also put forward by objectors to the scheme.

In his summary to the Planning Committee, the case officer states: “In summary, all objections have been considered and amended information has addressed concerns regarding application detailing.

Consideration has been given to the concerns in relation to residential amenity (by way of noise and light pollution) however, it is concluded that these issues can be mitigated/conbtrolled by way of necessary planning condition as advised by Environmental Health.

“Concerns around anti-social behaviour are resulting from a management issue which is beyond the remit or control of the p of the Planning Authority, however this issue can be brought to the before the Council’s Estate Management Department. “

Presenting the case of behalf of Ballyholland Harps, Mr Jim McMahon, states: “Currently the club has only one Playing Pitch for use in competitive matches and training.

This situation has for some time created severe difficulties for the Club in meeting the needs of its playing members and maintaining its significant role as a provider of community based sport and recreation. “Our only pitch must close six months/year to recover from current intensive use which is unsustainable and leave the club without adequate external training facilities during out of season periods and pouts unsustainable pressure on the quality of the main pitch during the playing season.

“The club has recognised for some time that development and provision of additional external; training facilities is essential to the continuing success of the Club to sustain its growing membership within the local community.

“The priority of the Club, therefore, is to develop a Training Pitch and other associated training facilities that provide a realistic training environment and that can be used all year round and which can serve all playing codes at all ages in a safe and secure manner. “