"£300 Million cannot be allocated without a functioning Executive, this is the problem" says MP Mickey Brady 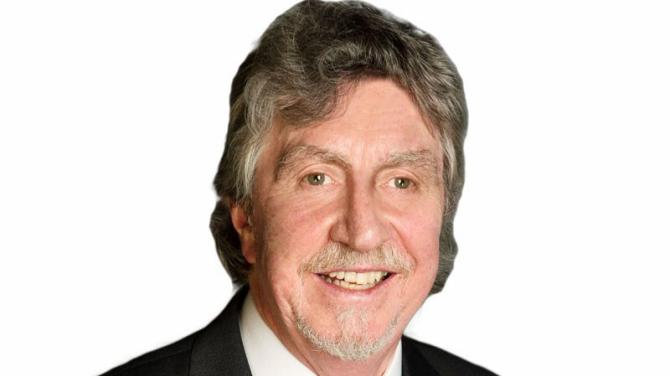 MP for Newry and Armagh Mickey Brady has criticised the DUP for withdrawing Paul Givan from his office as First minister and thus collapsing the N.I Executive.

Mr Brady states that as a direct consequence of this action the £300 million pounds still remaining in this year's budget now “cannot be allocated, during an ongoing cost of living crisis. This is in Mr Bradie's own words “the problem.”

“My party colleague the Finance Minister Conor Murphy has been crystal clear in regards the £300 Million pounds in the Executives budget that remains to be spent because he has taken legal advice from the attorney general. The money cannot be allocated without a functioning Executive, this is the problem.

"The DUP have made the decision to pull their First Minister out of the Executive and this is what has created this particular problem in that the £300 million now cannot be spent. Also, something that could have really helped in the current situation if there was a functioning Executive would be the introduction of a three-year budget. The core of the problem has always been a budget that has operated on a hand to mouth, year to year basis. If my party colleague Conor Murphy could have set out a three-year budget, then this could have given organisations be they in the voluntary, statutory or community sector an opportunity to plan ahead. You cannot do this on an annual budget and unfortunately since the DUP have pulled out of the Executive a budget plan such as this now cannot be put into effect.

"However, despite this what Connor has done in his capacity as the Finance Minister is endeavour to help everyone who is under pressure whether this be as a result of the ongoing cost of living crisis or because of the Covid 19 Pandemic. We live in a low wage society and Conor Murphy has strived to ensure that all employees are paid the living wage.”

While criticising the DUP for their disastrous decision to remove Paul Givan from his office as First Minister and thus rendering the rest of the Northern Ireland Assembly unable to allocate the £300 million pounds still remaining in this year's budget to help some or the most vulnerable and disadvantage in our society, Mr Brady is also keen to reiterate the point that the situation that people now find themselves in is by no means a “new problem”.

Mr Brady cites a substandard benefits system that has “not introduced anything beneficial to the claimant” and “profiteering” as two key contributing factors that have resulted in people now finding themselves in the situation that they do.

“Make no mistake, the current cost of living crisis is by no means a new problem, as I have been dealing with matters like this since 1974 and nothing has been introduced that is beneficial to the claimant, it is simple as that. It has only been cut, cut,cut,cut. It has come to a head now because of the rising cost of living. The problem is that people who are availing of benefits are always under pressure in the north. “The benefits system here is the least in the developed world so everyone is under pressure and all it takes is a contrived crisis such as the one that we are now experiencing to make the situation even worse.

“There was a report published a few years ago that detailed that the amount of disposable income per household in Britian after all household expenditures have been taken care of was £157.00 but here in the north it was only £61.00, a huge difference. Bear in mind this was before both the Covid 19 pandemic and before the cost-of-living crisis that we now find ourselves in. So, by citing this fact this provides you with some degree of rationale and understanding of how people are struggling anyhow and how the current situation that we now find ourselves in with both the Covid 19 pandemic and the cost-of-living crisis has only served to make things exponentially worse.

"The other matter that has contributed to the increase in the cost of food fuel and energy is profiteering. Make no mistake people are making money out of this. Even before Ukraine was invaded the cost of gas and oil was going through the roof. Now, because of the situation in Europe this has become an even greater crisis, but there was profiteering before this.

“What has happened in Ukraine is being specifically cited as a contributing factor to the situation that we now find ourselves in and I have no doubt that this is probably true. Profiteers will take advantage of any situation to raise prices and it is ordinary people who suffer. But the core of the problem is that people here on benefits are struggling to survive and have been doing so for many, many years. The benefits system is simply not adequate.”

Mr Brady was also eager to express praise for the £200.00 fuel support payment scheme that his other party colleague the Communities minister Deidre Hargey has introduced, claiming that “the £200.00 will no doubt be a help.”

“Deidre as the Communities Minister has certainly excelled in what it is she has been able to do. I have gone through a number of community ministers of the years and I am not just saying this because she is a Sinn Fein Minister but Deidre really does have empathy for people who are disadvantaged. She is from the community and recognises what the community is going through and she has done her level best to ensure that vulnerable people in our community are treated as best as she can manage within her budget.

“Deidre has also abolished the bedroom tax which has been a huge issue for a number of people. She is also introducing a housing policy which is probably the most innovative in fifty years. As far as I am concerned Deidre Hargey has done her level best to ensure that the most vulnerable in our society are catered for.”