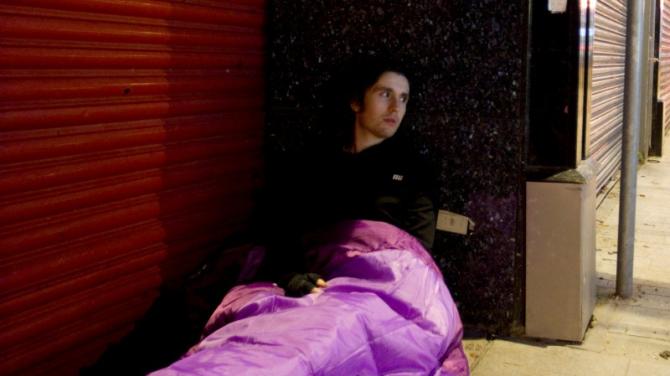 OVER 1000 people in Newry, Mourne and Down could be categorised as homeless within the next three to ten years as people throughout the council area struggle to cope with the ongoing cost of living crisis.

Jim Dennison who is the Chief Executive of the Simon Community, one of Northern Irelands leading homelessness charities, provided more detail on this prediction, elaborating on figures that were recently released in relation to the rates of homelessness throughout Newry, Mourne and Down by the Housing Executive.

“To explain what this means the official stats provided by the Housing Executive uses the phrase "households" to categorise both an individual or a group of people such as a family, which could be comprised of say two parents and three to five children, being categorised as homeless. Taking this into account the number of people who are homeless throughout Newry, Mourne and Down is in excess of 900 people because a "household" as the Housing Executive puts it can be comprised of multiple people and not just a single individual.

If the 30 percent predicted increase made by the Northern Ireland housing Executive in their publication “Supporting People Annual Report” is accurate then this could result in as much as potentially 130 new households being categorised as homeless within the next three to ten years in Newry, Mourne and Down.

Bearing in mind the fact that more than often or not a "household presenting as homeless" as the Housing Executive puts it is comprised of more than one individual, then if this prediction is right then the amount of people categorised homeless in Newry, Mourne and Down could be in excess of 1000 people within the next three to ten years.

When asked what she believes are the underlying factors that have contributed to this increase Marianne McCaul, who is the service manager for the Simon Communities Newry, Mourne and Down branch, cited the ongoing cost of living crisis as a key contributing factor to this stark prediction made by the Housing Executive in regards the increase in the amount of people who could potentially be rendered homeless in the council area within the next three to ten years.

“ The cost of food, fuel and home heating oil has all gone up. The Simon community works in collaboration with the Larder foodbank and Newry helping the homeless and we see it for ourselves, there has been a serious increase in the amount of people and families that are struggling in the area.

“Some of our community clients that were homeless but have since been rehoused into the community that we help out are also struggling with heating and food costs. Families that are in private rented accommodation that are on Universal credit and get the housing element of this benefit paid directly to themselves may also run the risk of falling into the Housing Executives homeless household category because there priority is to feed their children and pay for heating oil or gas with the money that has been allocated to them to pay for their housing cost will go to their living costs to prevent them from going hungry or cold.”

Marianne would call on the Northern Ireland Executive to get back around the table in the wake of the current cost of living crisis especially given the fact that there is still £300 million pounds of the Executives budget that has yet to be allocated as well as simultaneously asking everyone in the Newry, Mourne and Down District Council area to “lobby with their MLAs to try and address the lack of housing stock as well as the number of poor or inadequate properties that are in the Newry, and Mourne area.”

“The Northern Ireland Executive needs to get back into power because there is 300 million pounds sitting in a basket that nobody seems to be doing anything with despite the ongoing poverty that exists within working class areas both within Newry, Mourne and Down and Northern Ireland as a whole.

“Newry, Mourne and Down as a community and as an area should be pushing the local MLA's in to get the Executive back up and running again so that this money can be released and be given to the most vulnerable in our society. Poverty is just going to get worse and it makes absolutely no sense that the money is there to be given out and no one seems to be making a move to see that it is distributed. I definitely think Stormont has a duty to the people of Newry, Mourne and Down and Northern Ireland to get the Executive back up and running again.

“The best thing that the people of Newry Mourne and Down can do to help the Simon community combat the adverse effects that the ongoing cost of living crisis is having on the homeless is to lobby with their MLAs to try and address the lack of housing stock as well as the number of poor or inadequate properties that are in the Newry, and Mourne area.”