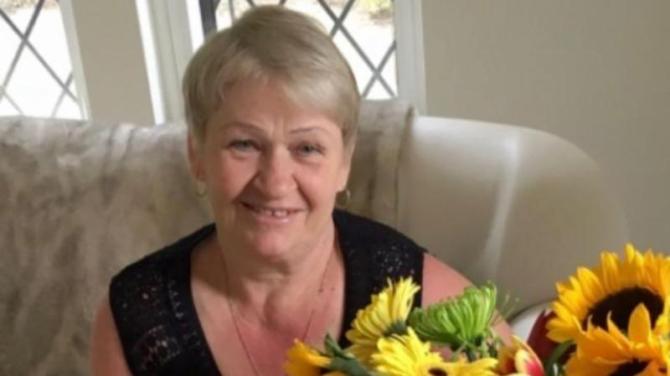 FOLLOWING the death of his son's mother-in-law, honorary Polish Consul to Ireland Jerome Mullen has been successful in his endeavours to have the body of his relative Galina Klymenko transported to Ireland to allow for final funeral and cremation rights to take place.

Galina, who is the mother to Jerome's own daughter in law Oksana Klymenko , died of a stroke following a 16-hour train journey from Kremenchuk to Lviv whilst she and her family were fleeing from the advancing Russian army that has unleashed hell upon all of Ukraine and its citizens.

Galina is survived by her husband Kola and disabled son Ruslan who were with her at the time of her tragic passing.

Upon learning of Galinas death, Jerome made it his personal mission to ensure that she would receive the customary funeral and cremation rights in accordance with her Eastern Orthodox Christian faith.

While the initial plan was to have funeral rites take place in Krakow, upon learning that Polish funeral regulations forbade Galinas ashes from being transported into the UK following cremation, Jerome made every effort to ensure Galinas body was transported safely and respectively to Ireland for the process to take place. This is an endeavour which has now proved successful. Jerome related in detail his efforts to have customary funeral take place in Krakow, as well as turning to the Irish embassy in Krakow for assistance upon learning that this would not be a possibility.

"I was in Krakow in Poland for over a week and we have brought Galina's body back to Ireland. Our plan was initially to bring Galinas body over the border into Poland to have her cremated in Krakow. However Polish regulations require that if a body comes into Poland, it has to be buried in Poland. If a body crosses the border, it cannot then be taken to a crematorium to be cremated only to have thr ashes then taken out of the country.

“We went through a lot of processes to try and have Galina cremated in Krakow but it was just not going to work. What we then decided to do was make contact with the Irish embassy in Warsaw. As Oksanas family were all due to be going back to Dublin, we decided to get permission from the Irish government to bring Galinas body back to Ireland as well.

“I traveled on a four-hour train journey to Warsaw where the Irish embassy is located in Poland from Krakow to get the documents that we needed to make sure that there would be no issues regarding our brining Galinas body into Dublin and having cremation take place there.

“Having got this documentation, we still had to get a document from the Polish authorities in Lviv, to allow the body to travel over the border into Poland so it could be transported into Dublin. We had our funeral director in Ukraine look after Galinas body and have her transported to the border. We then had her transferred to a Polish undertaker to collect the body and have it transported in a specialist vehicle to Ireland.

“Galina's body arrived in the port of Dublin last Wednesday evening and then Charles Digney funeral home in Newry transported Galina to Newry for inspection and preparation for her funeral which took place last Saturday in Dublin. Galina was cremated in Dublin and her ashes will be taken by her family back to England as soon as they are released from the crematorium.”

Alongside being able to successfully bring the body of his son's mother-in-law back home to Ireland, Jerome was also able to successfully secure transport for no less than thirteen of Oksana’s immediate relatives from Krakow to Dublin. Despite this being an extremely stressful and heart wrenching time for the family, the right to be with the body of their beloved relative still came at a great personal expense. This is a fact that Jerome deeply laments, labelling the treatment that the family received from Ryanair as “disgraceful”

“Oksanas immediate and extended family comprising a total of thirteen people including Galinas husband Kola, and their disabled son Ruslan arrived in Dublin last Wednesday. They are currently with my daughter who has housed them both in her house and her neighbours house in Dublin.

“I spoke with the Irish News recently and related the disgraceful treatment that we got from Ryanair who charged us £335 per ticket for one-way flights to Dublin. So, we paid over £4000 to get all of Oksanas family over to Ireland. These are all people who have fled various parts of Ukraine. One of Oksanas cousins is an opera singer and she was in her apartment in Kyiv and the apartment she was taking shelter in was bombed.”

Whilst having spent a week in Krakow endeavouring to secure the safe transport of Galinas body to Ireland, Jerome and his colleagues also did everything within their power to help those in the Polish city that have fled the war-ravaged landscape of Ukraine in hopes of finding a better life. According to Jerome “there are huge numbers of refugees arriving into Krakow every day and the people there do not know what has hit them.”

“Now that I have arrived back from Krakow, I have a fairly good idea of what is happening on the ground in Poland. There are huge numbers of refugees arriving into Krakow every day and the people there do not know what has hit them.

“Krakow is about eighty miles from the Ukrainian border. When Oksanas father and brother arrived at the crossing point at the polish Ukrainian border they were actually taken of the bus. Ruslan, Oksanas brother, is disabled and they wanted to carry out a medical examination to make sure that he wasn't able to fight in the war.

“My son Justin then travelled to the border and despite some difficulty brought both Ruslan and Kola back to Krakow and since then the crossing point that they were stopped at was bombed, with 35 people having been killed. Those that were crossing the border were taken by train and they all were arriving in the main train station in Krakow. We used our time in Krakow to go down to the train station every night and take people out of the station and put them up in more suitable accommodation. We took about fifty people out of the station over the course of the days that we were in Krakow and brought them back to our hotel, were we paid for their room and board.

“While they got nights rest, they used this opportunity to decide where it is they wanted to go next. Some went to Germany; some went to Belgium. Some of them had very little money. I bought a bus ticket for a family of four to go to Belgium. The family in question was comprised of a mother named Nadia , who was an English teacher in Ukraine , along with her two teenage sisters Valeria and Oleksandra as well as her 12-year-old son Azar . The journey was over twenty hours long but they did make it there. People have also gone to other parts of Germany and Poland, with some people going to Holland.

“Also, at the back of our hotel there was also an old shopping centre where there was a line-up of people gathering everything from clothing and supplies. I made contact with the Coordinator of this scheme and we will be keeping an eye on this to try and provide supplies for them as the situation in Krakow progresses”