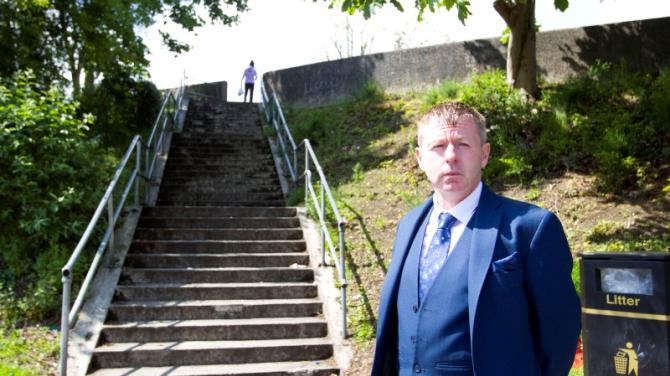 COUNCILLOR Gavin Malone has confirmed his intention to stand as an Independent candidate in the forthcoming Assembly Election on May, 5, 2022

“In 2019 I sought a mandate from the people of Newry to shake things up in Council on their behalf and people came out in record numbers to endorse me as their Independent candidate,” said Malone.

“Since then I have applied myself to the task and fought every single day for the people of Newry with an Independent voice, beholden to no one except those whom I serve.

“Having been continuously lobbied on the issue over the past number of months and following discussions with my family and team, I have decided to now try and become the Independent voice in Stormont for the people of Newry and Armagh. I have been humbled and encouraged by all your support so far.

“Our people are facing a cost of living crisis not witnessed in my lifetime, along with a health service on the brink of collapse, all delivered by the big political parties who have governed us for the past 20 years. The status quo has to go, the people of Newry & Armagh deserve more than the failure, incompetence and excuses that all the big parties have delivered in the past 20 years.

“I now want to take the same drive, energy and determination to Belfast that I have always endeavoured to do for the people of Newry since I became a local Councillor.

“My record as an elected Councillor speaks for itself and I want to continue to be that fearless Independent as an MLA for the people of Newry & Armagh. I won't make empty promises I can't keep.

“The people of Newry & Armagh deserve better. They want change from the failed promises of those previously elected. They want to have their voices properly heard in the Assembly. Someone who will put people first and not their political careers or political parties.

“I pledge to be that voice and work for all the people of Newry & Armagh. I will provide fair, honest representation. I can be your Independent voice that will not follow a party political agenda.

“This election is a chance to have a strong, independent voice in this area. With your help and support on May 5, we can make history for the second time in three years.