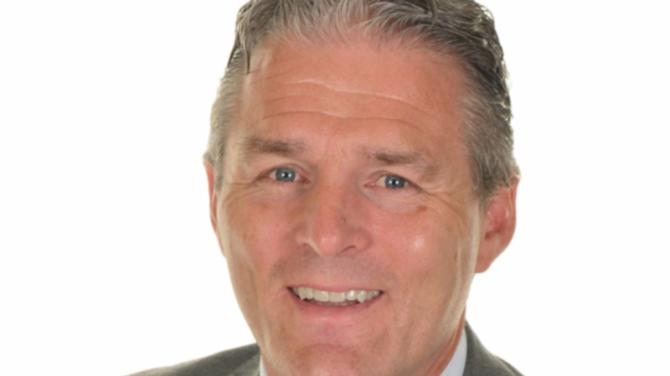 ST PAULS High School Bessbrook has been named as one of twenty-eight schools in the north that is due to receive funding from the £794 million made available as part of Michelle McIlveens “Major Capital Works Programme.”

Expressing his gratitude for his school having been chosen as one of the educational establishments due to receive funding from the programme was Mr Jarlath Burns, Principal of Saint Pauls High School.

Whilst stating that everyone in Saint Pauls is “really, really pleased to be named as one of the twenty-eight schools“ earmerked to receive funding from the programme, Mr Burns drew attention to the rising number of pupils wanting to come to his school as one problem that this funding could possibly serve to alleviate.

“We have been trying to make our school fit to accommodate for the rising number of pupils that have been coming to us over the past seven or eight years. This is getting harder and harder to do.

We had to turn our staff room into a classroom two years ago and it is just getting tighter and tighter to make room. Our school was designed for 1270 pupils and we now have 1700 pupils in total and this number is continuing to rise due to population change as well as more people choosing to come to Saint Pauls High School for their education.

“If you look along the eastern seaboard throughout the island of Ireland, the population is rising. In the South there are schools being built the whole way down into Dublin and Wexford and this is due to population shift. Like I said there are currently 1700 pupils in our school at the present .

“Bear in mind this is just the contribution coming from the four small parishes that Saint Pauls accepts pupils from.”

Mr Burns quoted the guidelines laid out in the Education Departments departmental handbook as a framework of reference that could be used to determine how the money that the school is due to receive could be best spent, claiming that in his current estimation the school is “maybe about ten classrooms short” and this this along with a “number of other factors will be taken into consideration” in deciding how to best allocate the money from the Department.

“We don't know how much it is we will be receiving from the £794 million worth of funding laid out in the Major Capital Investment Programme but some schools have already been made aware of the amount that they are due to receive.

“We have worked very closely with the Department to provide an assessment of the school's needs, so it won't be a case that we will just get a whole lot of money into our bank accounts and we can instantly install a swimming pool or a tennis court.”

“ We will work within the guidelines laid out in the departmental handbook, that is to examine the number of pupils that we currently have and we will work back to determine what our accommodations will need to be.

“Currently we are very, very short of parking spaces and playground spaces for pupils. The Department is also very well aware of our lack of accommodation at the moment. We have realised that we are maybe about ten classrooms short, we are also short a Technology room and a Home Economics room.

“Having said that the accommodation that we have is excellent and is very modern. We got a full refurbishment twenty years ago, but now we are at the next stage of desirability with regards to what it is we want to do next.”

Mr Burns concluded by reiterating the expression of thanks made by both he and his colleagues to the Department of Education and local public representatives such as the Finacne Minister Conor Murphy for identifying that “Education should be a priority and that accommodation for students should be a major priority.”

“We have always felt that we have been supported by our colleagues in the Department of Education as well as public representatives such as Liz Kimmins, and Justin McNulty who regularly check-up to see if everything is okay in our school.

Speaking on the floor of the Assembly the Education Minister Michelle Mcllveen cited “the need for an appropriate level of investment in the fabric of our schools” as the main reason behind having taken the decision to allocate funds from the Major Capital Works Programme to the development of educational establishments stating that her “department is responsible for the planning, management and delivery of a fit for purpose Schools’ Estate that is both viable and sustainable, in the context of the Sustainable Schools Policy and the outworking of Area Planning.”

In this context, I would like to make a statement to this Assembly regarding my major capital investment plans for the Schools’ Estate.

“I have visited many schools and witnessed first-hand not only the tremendous work that takes place in each and every school, but also the need for an appropriate level of investment in the fabric of our schools, whether this is a new building, the extension and refurbishment of existing school buildings, or through a programme of smaller scale minor capital works.

“Such investment is essential to provide the first-class educational experience our pupils, staff and wider school communities both deserve and need to ensure our young people can achieve their full potential.

“As Minister for Education, and within budget constraints, it is my responsibility to ensure that this essential capital investment is facilitated as far as possible. So, my announcement today will permit a further programme of major works to advance in planning and support the delivery of modern, fit-for-purpose schools.”

The minister then went on to explain the process by which the twenty-eight schools listed in her statement as being categorised as eligible to receive funding were selected, stating that liker her predecessors she takes the “selection of Major works projects to advance in planning very seriously.”

“Like my predecessors, I take the selection of major works projects to advance in planning very seriously. It is critical that the process used to select projects is documented and followed. This has been achieved in previous years through the development of a protocol for the Selection of Projects. Therefore, in advance of this Call for projects, the Protocol for selection was reviewed and published on the Department’s website.

“Mr Speaker, the 2021 Call for projects opened on 23 December 2021, and by the closing date of 14 January 2022, Thirty-Four school nominations were received. Gateway checks were undertaken to ensure that schools considered for major capital investment are viable and sustainable; that there was certainty with regard to the schools’ future development and that schools had not been announced for major capital funding under the School Enhancement Programme.

“Twenty-eight schools passed the Gateway Stage. These schools progressed to the scoring stage and were ranked in merit order, based on the scoring system which is detailed in the published Protocol.

“In deciding the number of schools to Advance in Planning under the Major Capital Programme I considered the capital budget required to build these schools, the Department’s current capital works programmes and the capacity of the resources required to develop and deliver the projects.”