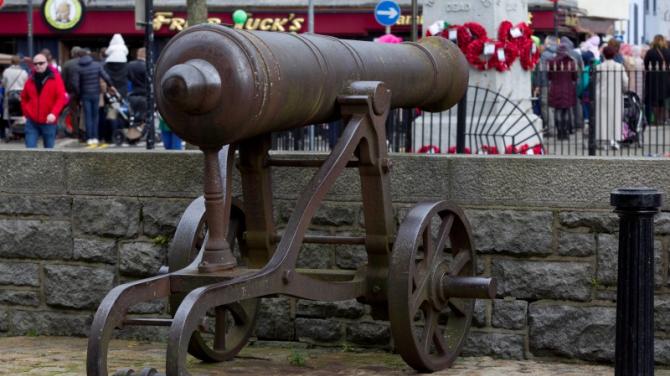 A RUSSIAN war treasure, sited in the centre of Newry City has been stolen in a daring overnight robbery.

The Cannon, which is located near the City Hall, bares the Russian coat of arms emblem.

It was given to Newry at the end of the Crimean War.

It is believed that the ‘war trophy’ was stolen sometime between 2.00am and 4.00am this morning, Friday.

A police spokesperson appealed for anyone with information to come forward.

“A member of the public contacted police to say that a number of men were observed loading the Cannon onto the back of a lorry.

“The vehicle was then observed traveling in the direction of Park Esler.

“It is believed the Down boss was taking measures to bolster his defence ahead of their forthcoming Ulster Championship tie with Monaghan..”