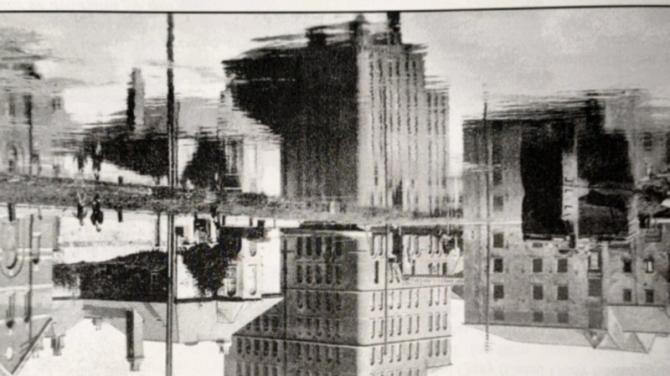 WHEN we think of the rich history that flows through the very fabric of the Newry Mourne and Down area our minds may be drawn to a myriad of different characters and narratives that have walked across the stage of this humble little south easterly quarter of the province of Ulster.

From Major General Robert Ross who, in what is widely regarded as Americas second war of independence from 1812-14, burned both the Whitehouse and the Capitol building in a successful attack on Washington D.C, to the famous but controversial Irish nationalist politician and Journalist John Mitchell whose statue you can still find at John Mitchel Place near Hill street, Newry, Mourne and Down certainly has no shortage of rich historical narratives to placate the desire of even the most voracious of history aficionados.

Now local man Peter Sinclair has penned a book documenting and highlighting what could arguably be perceived as lesser known, but still equally significant element of the area's history. This being the steady rise, proliferation and eventual decline of the numerous corn and flour mills that came to prominence in the district in Irelands post famine years following the repeal of the corn laws.

The book itself entitled Corn and Flour Milling in Newry has been published as the 14th research publication by the Mills Active Research organisation. The volume acts as a detailed, concise and chronological record of the grain milling industry in Newry, which although having been ubiquitous during the 19th century, with up to 35 mills having formed the backbone of the districts economy, steadily shrunk towards the beginning of the twentieth century to the point were now only one still functioning mill located at 10 New Street Newry stands as a testament to this somewhat forgotten aspect of the towns history.

As Peter himself puts it in the introduction to the book

“This Study attempts to capture and record the astonishing rise and slow decline of Corn and flour milling in and around Newry during the second half of the nineteenth century and the second half of the twentieth century. Although Newry first mill was recorded as early as 1588 little changed until the great famine in the 1840’s. Then to ameliorate the suffering of the countries starving poor, vast quantities of Indian Corn, (Maize) were imported into Ireland into North America.

“From 1850 to the mid 1870’s Newry's milling capacity increased fivefold. However, by the 1880’s the availability of cheap American flour brought an end to the boom and few of the districts 35 grain mills survived into the twentieth century.

“American imports weren't the only reason for the decline, some mills burned down with the tragic loss of employment, buildings, machinery and stock never to be rebuilt, others were converted to beetling or scutch mills, and some fell into ruin after the mill owner died.

“These years of success and failure left an indelible mark on Newry's townscape and business life. Today just one mill Survives and continues working in the town.”

Peters book is available for purchase at a discounted price of £10.00 from himself thanks to the support of the Fane Valley Co-operative society. If you are interested in purchasing a copy, please send him an email at peter@frontlinestates.ltd.uk