Much loved daughter and School staff member laid to rest 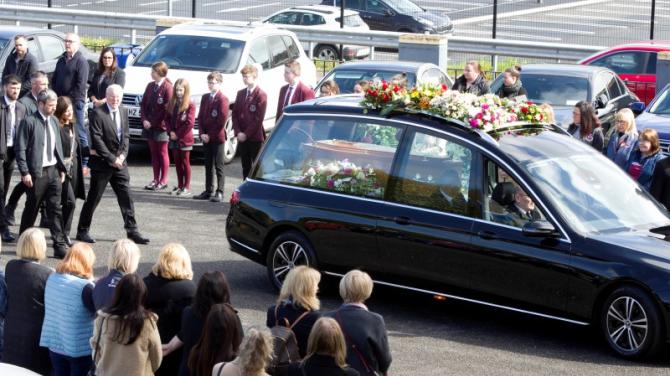 Funeral Mass for Ms Keeenan, who died tragically in the early hours of Sunday 10th, was celebrated in The Church of the Assumption, Drumalane.

Jody was the loving daughter of Seamus and Ursula and treasured sister of Darren, Keith and Jamie.

A prayer ceremony was held in St Paul's on Monday last during which Ms Keenan's former colleagues and students shared their memories of the popular classroom assistant.

"We talked about Jody who was just the kindest most beautiful person you could even meet," Mr Jarlath Burns, Principal, said.

"She was loved by staff and pupils and parents alike."

Before taking a job at the high school, Ms Keenan previously worked at Rathore Special School in Newry.

"She was always committed to making a difference to children who had experience barriers to learning," Mr Burns said.

"She went way beyond the call of duty."

Ms Keenan's death is not being treated as suspicious - it is understood that she became seriously ill during a night out in Newry city centre.

She was socialising with friends when she collapsed on Trevor Hill in the early hours of Sunday.

The NIAS said it received a call about Ms Keenan at 03:15 BST on Sunday but no ambulances were immediately available at the time due to a shortage of crews.

Two ambulances were eventually sent to the scene, one from Belfast, County Antrim, and one from Banbridge, County Down.

However, the first crew did not arrive at Trevor Hill until 04:03 BST - 48 minutes after NIAS said it got the first 999 call about the emergency.

By that stage, she had died, despite efforts to resuscitate her, including by Ms Keenan's mother who attempted to give her CPR.

The PSNI has been in contact with the police ombudsman over her death.

PSNI officers were with the 39-year-old on more than one occasion before she died and before an ambulance arrived.

No decision has yet been reached on whether a police ombudsman investigation into the case will follow.

A spokesman for the ombudsman said: "The Police Ombudsman has been notified of this incident by the PSNI and preliminary inquiries are under way.