£10.5 million spent through High Street Voucher Scheme "not a bad result for an area of our size." - Cathal Austin 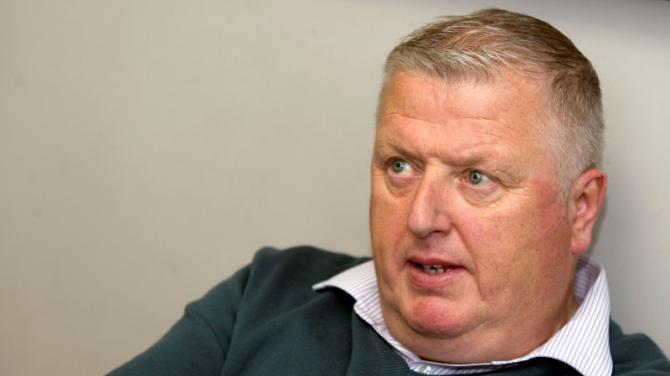 CATHAL AUSTIN has expressed his appreciation for the £10.5 million that the Spend Local Voucher Scheme injected into Newry’s high street economy claiming that such a result is “ not a bad for an area of our size.”

Mr Austin, who is the manager of the Quays Shopping centre, made the comment following the publication of statistics revealing that over £10.5 million was spent in 261,868 transactions throughout the Newry, Mourne and Down District council area during the period that the Voucher Scheme was active

Mr Austin states that while he “doesn’t know enough regarding the statistics relating to the spend” generated by the Spend Local Voucher Scheme to provide a “definitive answer on how successful the scheme was in the area”, he does “applaud the scheme for its intentions.”

“Newry Mourne and Down was in and around 7 or 8 percent of the total spend amount that was put into the Spend Local Voucher Scheme. This is probably not a bad result for an area of our size. While I don't know enough regarding the statistics concerning the spend of the Spend Local Voucher Scheme in Newry, Mourne and Down to provide a definitive answer on it, I do applaud the scheme for its intentions.

“If you speak to retailers around Newry, very few of them would tell you that the spend local voucher scheme was a bad thing, a lot of them had good experiences with it. I applaud the Executive for taking the initiative and trying to do something It was laudable and I think the Spend Local Voucher scheme had a good result across the board whoever you speak to.”

“The spend local voucher scheme was laudable, but it was only a start insofar as it got people back out into physical retail following the Covid-19 lockdown.

“People are still stretched in the local consumer market. Prices are going up and consumer confidence is not great. Whilst the voucher was laudable and I applaud it as it was a good start, there is much more that needs to be done to make sure that the high street is secured into the future. This will require work from the Executive and will require some thought on the behalf of ourselves as well.

Mr Austin cites theb ongoing conmflict in the Ukraine as a specific example of an issue that could cause problems for the high street economy in a post Covid-19 landscape.

“The situation that we now find ourselves in is still challenging. We have come out of Covid-19 and now we are facing a war in Ukraine and all the pressures that this is putting on the cost of oil and gas and then this feeds into the supply chain as well because you need Oil and Gas to transport goods. We also still have Brexit hanging in the background although the protocol is insulating us from the worst effects of Brexit.

“To be fair to the Executive there was no way they could have foreseen Putin invading Ukraine because American intelligence only picked it up a couple of weeks before he actually invaded. It is just unfortunate that any sort of uplift that was driven by the Spend Local Voucher Scheme has been impacted by the circumstances beyond the control of anyone in Northern Ireland that have created the crisis we now find ourselves in.

“The High Street Voucher Scheme helped out people who were facing rising prices that were going up because of Covid-19 and Brexit. The war in the Ukraine has just added to this. It was helping out families as well. I am not an expert on social policy so I don't know what would be the best way to get money out to families that are feeling the pinch at this moment , but looking at it from a business point of view we need to improve consumer confidence. This is going to be a medium-term goal as it is not something that can be achieved in the short-term.

“Having said that we have been here before. I am old enough to remember the Oil crisis of the 1970's and everything that came out of that. Hopefully the situation in the Ukraine will be resolved in in the short-term as opposed to becoming a more long-term problem.”

Mr Austin concluded by making an appeal to the political parties of Northern Ireland to “get the Executive up and running, irrespective of how it is they feel about each other” otherwise in Mr Austins own words. “we are just going to spiral from one financial crisis to another and there won't be anyone there to do anything about it.”

“Before the cost-of-living crisis, we were in lockdown and people had been driven to shopping online so the spend local voucher was aimed at getting people back out into the high street again. It worked in the short-term but like I said there is more that needs to be done.

“There is the High Street Task Force that the Executive has formed to look into reinvigorating the high street and we haven't really seen much action from them. They haven't actually got out onto the ground and spoken to landlords and retailers and all the interested parties around the various towns in Northern Ireland. This group needs to get working and you need a functioning Executive to enable this.

“It is incumbent upon a lot of the political parties irrespective of how it is they feel about each other to get the Executive up and running and working otherwise we are just going to spiral from one financial crisis to another and there won't be anyone there to do anything about it.

“We need our politicians to front up and form the Executive and get down to the work to try and sort the economy out here. It is people on lower incomes that are suffering the most at this minute at time. Differences need to be set aside and the Executive needs be formed.”