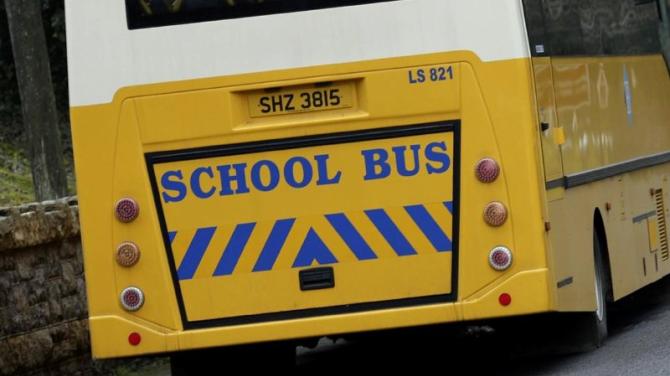 EDUCATION services across Newry, Mourne and Down are expected to face additional disruption due to further strike action by Unite the Union scheduled to take place from Tuesday 26 April to Sunday 1 May and Tuesday 3 May to Sunday 8 May.

Disruption is anticipated to impact a number of EA home to school transport (yellow bus) services, some school meal services and the availability of some non-teaching staff, particularly in Special Schools.

This strike action is in relation to a national pay offer for Local Government staff working in England, Wales and Northern Ireland which has been accepted by the majority of Trade Unions and is in the process of being paid to staff. Therefore, Local Government organisations, including EA, do not have the power or authority to renegotiate this for Northern Ireland.

EA has also received notification from Translink that their bus drivers who are members of GMB and Unite have voted to take strike action in relation to a pay offer from Translink. Whilst Translink are continuing to negotiate with the Trade Unions to seek a resolution, if this action goes ahead it will result in all Translink bus services, including school services, being withdrawn from Monday 25 April to Sunday 1 May and on Friday 6 May (one day), causing significant disruption right across the school transport network.

We are continuing to implement a range of contingency measures and are working very closely with all schools, including Special Schools, to minimise disruption for children and young people as we very much recognise the impact this will have on pupils, schools and families; particularly in the run up to exams.

We will also continue to request exemptions for Special School staff, and for transport staff transporting pupils to Special Schools. These requests have not been accepted to date.

Parents are encouraged to follow EA and Translink’s social media channels and websites for regular updates and begin making plans for alternative transport arrangements. If a child’s journey to school includes connecting from an EA bus to a Translink service, parents should seek to make alternative arrangements for the entirety of their journey during the period of planned Translink strike action.

“We remain very concerned about the disproportionate impact both sets of industrial action will have on pupils, schools and families and we will continue to do all we can to minimise disruption as far as possible.

“We would call on Unite to work with us to agree exemptions to minimise the impact on the most vulnerable pupils, including those attending Special Schools.

“National negotiations are due to commence on the 22/23 Pay Award and we would encourage Unite to join their Trade Union colleagues to engage constructively on this. Additionally, we will continue to engage collectively with all of our Trade Unions on local issues impacting on pay terms and conditions.