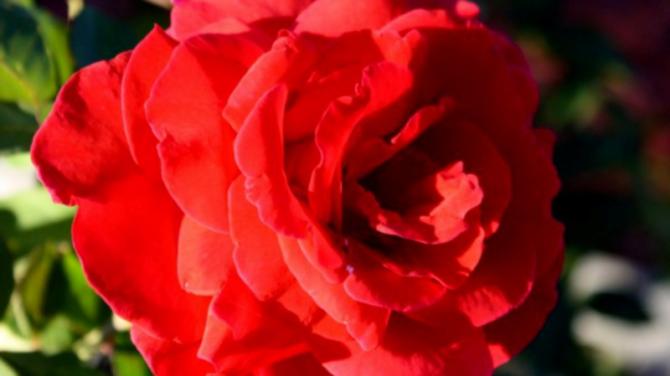 NEWRY has once again been nominated alongside several other small towns and villages throughout the council area to be assessed in this year's prestigious Ulster in Bloom competition.

Organised by Translink, Ulster in Bloom is Northern Irelands' most coveted gardening award which aims to celebrate the fantastic work of flower enthusiasts across the province alongside showcasing the partnership and cooperation it takes between local councils and communities to turn urban areas into vivid and vibrant landscapes of breath-taking flora.

Although last year the list of areas nominated to the competition was reduced owing to the Covid-19 pandemic, it is the full intent of the council to bring the list of towns and villages entered into the contest this year back to pre-pandemic levels.

Thus, those regions of local interest that will be formally submitted by the council for judgement in the contest will include the aforementioned Newry City, Warrenpoint, Crossmaglen and Bessbrook.

The contest takes place every July and August, allows for a panel of independent judges to assess each area nominated for the award using three assessment criteria, those being Horticultural, Environment, and Community that when combined will allow the judges to place each locale they have examined into a certain category in descending order or flora magnificence.

If the results of last year's competition are anything to go by then Newry has blossomed into a beautiful flower in the contest having been allocated a place in the intermediate category of Good, but there is still more room for growth before Newry can achieve the coveted rating of “Outstanding” in the competition.

Providing feedback in regards how they felt towards the efforts taken by the council and the local community to make the city as vibrant as possible for Ulster in Bloom 2021 the Judges of the contest provided their insight for each respective category, beginning with Horticultural noting that although “the containers and planting displays around Newry were reasonable” they “could have been fuller for the time of the year.

“A number of businesses in town also had some nice planting which was encouraging to see, with the roundabout entrances to the town having some good wildflower and perennial planting.

The judges also made note of the fact that although “the park at Sandy Street had a colourful display outside, the park itself lacked colour.”

The Judges of the contest provided comparatively less feedback when making their determinations for both the Environment and Community section criteria of the contests.

Concerning the Environment criteria the judging group listed a number of sites around the town where “there is sustainable planting", but no further commentary was provided in regards the efforts taken to introduce sustainable planting of flora on both the part of the council and local community by the judges of the contest, with the judges also noting that there was “a good level of historic interpretive signage around the town.”

Finally, in regards the efforts taken by the local community to help make the city as vibrant and colourful as possible the judges cited the efforts taken by local business such as Joseph McGee's public bar and Ginger Janes as providing “some good examples of private planting of hanging baskets and containers.

It was the combination of the individual scores of each of the aforementioned categories that enabled the judges of the contest to allocate Newry, which was defined as a large town in the contest an overall score within the range of 60-74, placing Newry within the intermediate category of “Good”

Here is hoping that Newry will spread its petals even further in this year's Ulster in Bloom competition and grow into a towering edifice of floral beauty that will act as a shining beacon of flowering magnificence to all other areas that have been entered into the category.