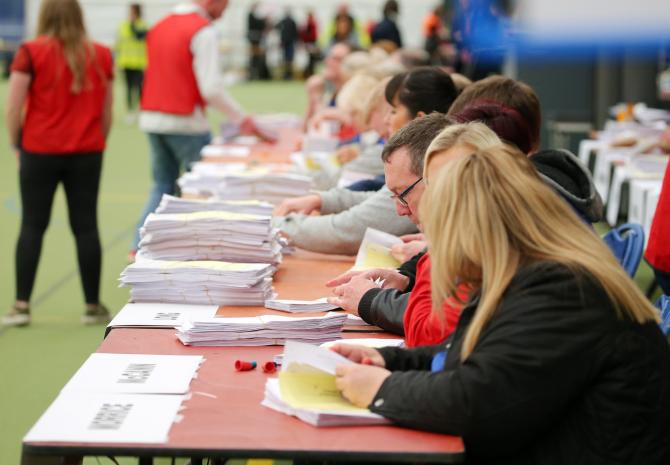 Counting is underway in the Northern Ireland Assembly elections.

Polls closed last night at 10pm with a total of 239 candidates are running in 18 constituencies across Northern Ireland.

While the official final turnout figure will not be known until later today the Electoral Office said the indicative turnout at 9pm last night, an hour before the polls closed, was 54%. Turnout was 64% in the last Assembly election in 2017.

The verification of votes at the three count centres in Belfast, Newtownabbey and Magherafelt began at 8am with the first results expected around lunchtime.

Keep an eye on this website where you'll be able to get full coverage of the results on our live election blog.