Artisan Markets resounding success throughout Newry, Mourne and Down 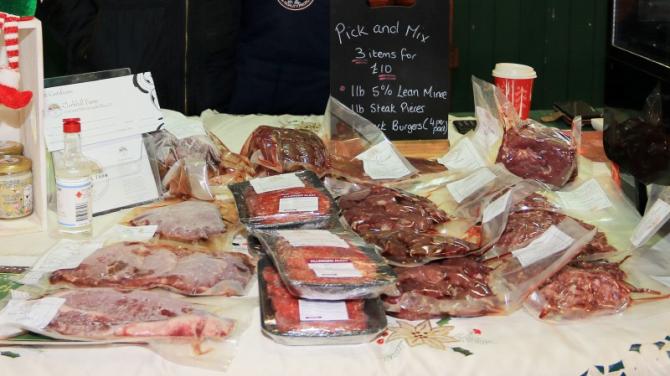 ARTISAN markets have become a resounding success with the council noting as many as 22,334 patrons in attendance at the four market sites throughout the council area from April 2021 to March 2022.

Within this time period the council recorded an overall visitor amount of 5571, 6729 and 2669 at the three prexisting Artisan market sites located in Downpatrick, Newcastle and Warrenpoint, with the Artisan Market in Newry that was established in December already noting a visitor attendance number of 2669 punters.

The report also noted that based on surveys with both stall holders and customers it is estimated that each visitor to the markets spends an average of £20.00 when in attendance at one of the four sites throughout the district.

The report did note the fact that the Artisan Market in Downpatrick may have experienced a potential decrease in the number of visitors owing to the fact that the site of the market had to be relocated from its original location at the Down County Museum to the Market Street North Car Park. As a potential solution to this issue the report notes that “council officers are currently researching alternative locations” for the market to help mitigate against this adverse effect of relocating the market.

Furthermore, the report also noted that “severe weather conditions lead to cancellations to the Newcastle schedule.”

Although the report did not note any specific correlation between weather conditions and the levels of attendance at each Artisan Market it is fair to say that in the case of Newcastle the overall recorded level of those in attendance at the markets would have been higher if the markets due to be held in the months of August, October, December and January were not cancelled due to adverse weather conditions.