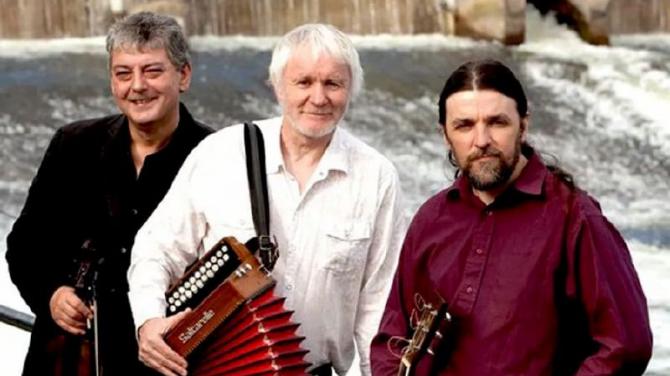 Although many musical events were stalled following an exciting official opening in February 2020, Armagh’s Aonach Mhacha is ready to play host to some of the very best traditional musicians in the country, starting with the Máirtín O’Connor trio on Friday 17th June.

This stellar three-piece group, comprising of Máirtín O'Connor on accordion, Cathal Hayden on fiddle and banjo and Seamie O'Dowd on guitar and vocals have toured the world, performing in prestigious venues from the Sydney Opera House to New York's Symphony Space Centre.Their technical brilliance, flamboyant style and musical mastery have become the stuff of Irish music legend.

Supporting the three maestros on the night will be a brilliant group of young musicians,

Róise and Eimear McGeary, Danú and Ríoghnach McKinney and Cadhla Tohill. Not only are they an award winning Scór na nÓg group representing Madden Raparees, the young cousins have inherited a rich musical legacy, all being descended from the famous McCusker Brothers’ Céilí Band.

Kicking off at 8pm, a buffet and drinks reception is included in the ticket price of £20. A limited number of tickets can be secured from Eventbrite.com or by contacting Aonach Mhacha reception on +442837998111. This is a night of music not to be missed!