Tribute to late Sean Doran as Chairperson steps down 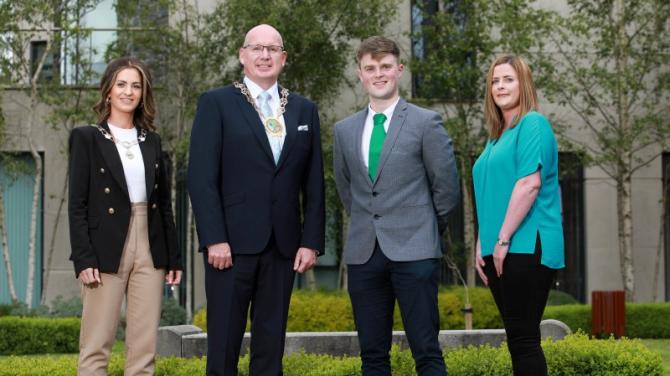 Newly appointed Deputy Chairperson Cllr Aoife Finnegan said, “It is a great honour for me to accept the nomination to be Deputy Chairperson for the upcoming year. I look forward to working with fellow councillors throughout the year to help and would like to thank Cllr Magennis, Cllr Mason and Cllr Rice for their service last year.”

Outgoing Chairperson, Cllr Michael Rice thanked members and Council officers for their support over his short tenure, welcoming Cllr Savage and Cllr Finnegan as well as paying tribute to Cllr Mason for highlighting the issue of Mental Health and raising the profile of ‘Breaking The Bias’ through her International Women’s Day Event. “Finally, I would like to pay tribute to my predecessor the late Sean Doran. Sean was a lifelong community activist with no task too much for him to undertake. His door was always open to all sides of the community. Even as his health began to deteriorate. He continued to take phone calls, advising people on who to contact for help.”

Other business conducted at the meeting included the appointment of Chairpersons and Vice Chairpersons of the Council’s standing committees: