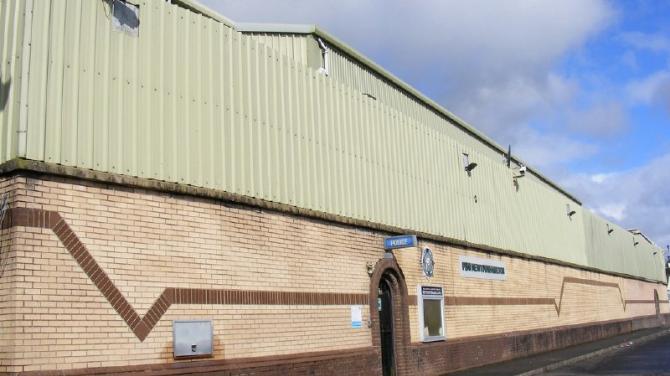 COMMUNITIES in South Armagh will have their say on the future of Police Barracks.

The public met last week to discusss a number of proposals in respect of the Police Station in Newtownhamilton.

In September of last year the PSNI published the South Armagh Policing Review.

THE new “South Armagh Police Headquarters ” will be established at the site currently in existence at Newtownhamilton.

That will be the outcome if the recommendation to close Crossmaglen Poilice Station is implemented in the months ahead.

The review also notes that the ideal solution which would be the construction of a new purpose-built station may not be possible “due to the current economic climate.

It is hoped that the rebranding of the Newtonhamilton station as “The South Armagh Police Station” will allow for a “centralised and accessible base for policing with the community in Slieve Gullion in which all members of the new Slieve Gullion Neighbourhood Policing team will report to at the commencement and termination of duty.”

A list of improvements to the existing station at Newtonhamilton have also been proposed to ensure the facility reflects “the current vision and values of the Police Service of Northern Ireland. These include the reduction in the number of visible security measures such as the replacement of the perimeter fencing that have been argued as giving the station a “militarised appearance” and the introduction of a new enquiry office with extended opening hours to facilitate meetings with the public