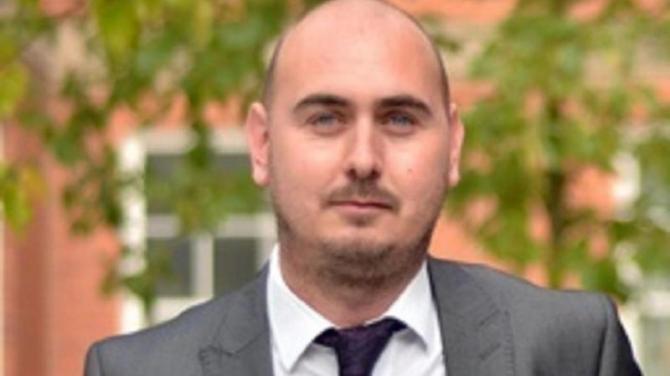 Singer Wayne Devlin is to be awarded the British Citizen Award for Services to the Arts for his years of singing for charity and good causes.

Wayne's dad Patrick Devlin was from Newry, growing up on Boat Street.

Wayne has been a huge supporter of Newry for many years and promotes the area whereever he goes.

The singer previously recieved a commendation from the Prime Minister Boris Johnson is now to attend a prestigious ceremony at the Palace of Westminster on 7th July where he will recieve his medal. He will have the post nominal of Wayne Devlin BCAa.

Wayne will be honoured on 7th July 2022 with The British Citizen Award for Services to the Arts at the Palace of Westminster and will receive the coveted Medal of Honour. As a legacy of his achievements, Wayne will be invited to use the post-nominals, BCAa.

Wayne is a singer who has used his art to raise over 3 quarters of a million pounds for various charities over the last 10-15 years. For the past several years h has sung at the local Christmas light switch on, where he also hosts the event, hosting and performing at the NHS party in the park, all of his time donated.

He recently undertook the challenge to sing solidly for 24 hours non-stop to honour Tony Bennett and raised just under £9,000 for Alzheimer’s Society.

Wayne regularly volunteers in the community, be it weeding, planting flowers in the local memorial garden or performing at local events. Wherever he can, he promotes his activities in the press to attract media attention, helping charities to raise their profiles and more funds. Wayne presents and performs Trafford Council’s annual Trafford Live event. Wayne also stages his own charity events twice yearly, Croon into Christmas and Swing into Spring. For the past four and a half years Wayne has written a weekly column in his local paper where he helps boost local moral and promotes community. Again he does this in his own donated time.

Such is his community spirit, during Covid-19 when in isolation, despite having contracted Covid-19 himself, Wayne made videos to send the loved ones of members of the community with messages of encouragement and a song. He also goes into the local schools to promote music and singing to the children, inspiring them to take up music. Wayne’s attitude is that ‘nothing is too much trouble’ and he will often bring celebrities to events to raise the profile of the charities he is supporting.

“This year’s medalists have reminded us of how many amazing people are supporting our communities, especially during these challenging times. At One Stop we serve many communities across the country, and we know how important voluntary work is to support those in need. We're proud to be partnering with the BCA again and to play a small part in helping each medallist to be recognised. Our congratulations go to all honourees”, said Jonny McQuarrie, from BCA partner One Stop.

The Medal presentation will be hosted by TV news presenter Naga Munchetty, and attended by BCA Patron Dame Mary Perkins, Founder of Specsavers, and The Rt Hon, Lord Dholakia. The British Citizen Award was established in 2015 to recognise exceptional individuals who work tirelessly and selflessly to make a positive impact on their communities and society. The BCA recognises true community heroes who would otherwise likely be overlooked.

Dubbed ‘The People’s Honours’, each medalist has a day to remember befitting their achievements. At the Palace of Westminster medals will be presented by Senior Representatives from official partner One Stop, Places for People, Specsavers, Objective HR and Experian, who all support this unique programme. Following this, medalists are treated to an Open Top Lap of Honour tour around Central London, before attending a reception at Church House.

The British Citizen Award is widely viewed as the nation’s way of recognising extraordinary, everyday people for exceptional endeavor and are truly representative of today’s multicultural Britain.