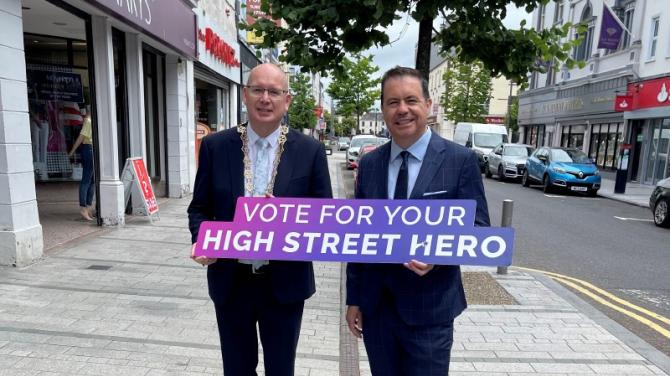 The search is officially on to find Northern Ireland’s High Street Heroes, a public online vote for shoppers and customers to choose their favourite independent retailer and overall local high street.

Following a difficult two years for independent retailers, local shoppers are encouraged to support the businesses they want to reward for their tireless service to their community.

Whether your High Street Hero is your favourite butcher, baker, or barista, the campaign is a celebration of the brilliant work of independent retailers and the pride they bring to local communities. The deadline for nominations is set to close in early August.

High Street Heroes NI is a joint campaign from Retail NI and Belfast Live supported by Camelot and Voice for Locals. Thousands of people casted their votes last year across Northern Ireland, with competition expected to be stiff as town and villages vie for the overall titles.

Votes can be cast across 11 different categories with shoppers and customers asked to name their favourite convenience store, deli, butcher, off-license or coffee shop, among others.

To give your local independent retailers the recognition they deserve place your vote at www.belfastlive.co.uk/HSH

The High Street Heroes categories include:

High Street of The Year

Independent Retailer Employee of the Year

“Retail NI’s campaign puts the focus deservedly on our independent retailers, who have had to be more resilient than ever over the past two years. I am extremely proud of the independent retailers in Newry, Mourne and Down District Council and the invaluable contribution they make to our community.”

“Retail NI’s campaign ensures the service independent retailers bring to the high street is rightfully recognised and provides encouragement to our retailers despite the challenges they face.”