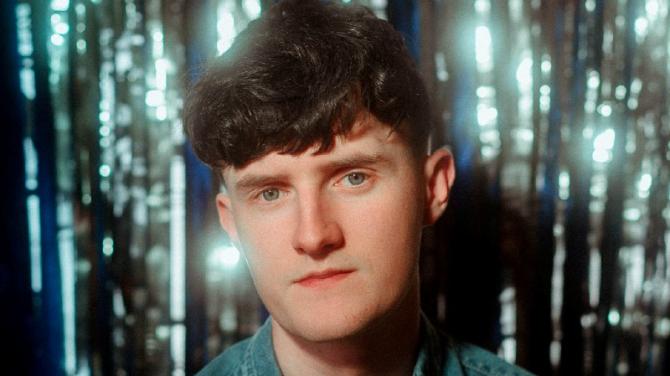 ODHRAN Murphy is riding the crest of a musical wave after his song Stars featured in a coupling episode of ITV’s Love Island.

The Silverbridge lad has been playing music for much of his adult life, and while he likes nothing more than penning songs on top of Slieve Gullion or hearing fans sing his tunes back to him, having his music played on one of the biggest television shows in the UK and Ireland is massive.

Murphy wrote the song Stars in April, after being inspired by the Greatest Showman film.

“I just wanted to write a love ballad, so I put down the instrumental and put my lyrics to it,” Murphy said.

“I had this idea in my head ‘wouldn’t this be perfect for Love Island.’ I made a short video on Tik Tok and basically stated on the video ‘imagine this got played in the new series of Love Island. I woke up the next morning and it had 100, 000 views.

“A lot of people were commenting on it and tagging ITV and my manager got on to me and we were both sort of surprised and I decided, ‘right we need to get this on Love Island.’

“So, one of my mates Ryan Hand who is a DJ for Q Radio said let’s do this and he got in contact with one of the Love Island producers and we sent over the song and she {the producer} absolutely loved it.”

Murphy was watching his brother play for Silverbridge when he got the call to get home and hear his song on the ITV 2 show.

“So, I had to shoot off and I told the boys to tell my brother Tiernan that he may make his own way home,” said Murphy.

“I just about made it home on time and I was buzzing, sitting there watching your own song, it is just class.”

Murphy is 23 years old; he has headlined his own shows at Belfast’s famous Limelight as well as played with the Corona’s in Derry and he will play at Cork’s Independence Festival later this month, sharing the stage with Rudimental and Fat Boy Slim.

But in the age of social media, streams and likes to tend to matter in the musical world and being featured in Love Island hasn’t seen Murphy’s profile rip through the roof.

“It is probably the biggest show on television at the minute,” said Murphy.

“My monthly listeners on Spotify and I Tunes all shot up. My song on Spotify went up to 20,000 streams so far, so it is great. It has rocketed up and my Tik Tok likes has gone up to 331, 000. It is crazy figures and it is great and I am buzzing and I am just going to keep pushing it on.”

Murphy says he loves the playing live music and he was amazed to hear the crowd sing the words he penned back to him.

“When we were playing Kaleidoscope festival I was actually amazed and shocked at the amount of people who knew my songs and were singing along,” said Murphy.

“No matter where you go in festivals there is always people who are there for the music and we have a great following from the festivals we have done. I am really looking forward to Independence Festival.”

Odhran didn’t lick his talent off the ground, his parents are musical and his sister is another music star Rue. He did the pub gigs in his younger years, including Bellini’s in Newry, as well as Dundalk and Carlingford.

“I got my first guitar when I was 15 and my mum taught me my first four cords,” Murphy said.

“Ever since that I have been playing music and writing music. I wrote my first song when I was 18 and I have been writing since and I absolutely love it. Why not continue?

“We will keep it going and hopefully get a name for our area as well.”