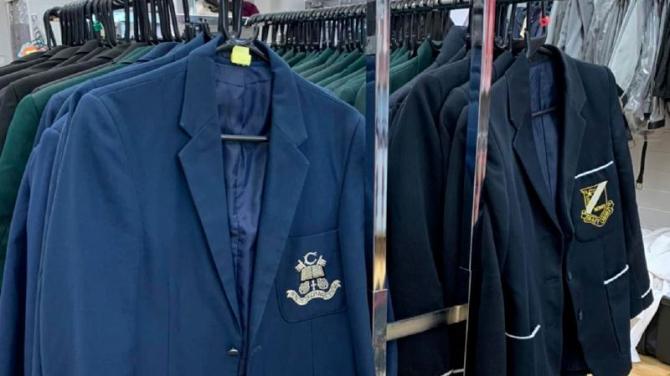 ST Vincent de Paul are having to step in to provide uniforms for struggling families this school term.

St Vincent de Paul in Newry are asking the community to donate all their secondhand school uniforms. With the increased cost of living families are finding it even harder than before to pay for the high retail prices. School uniforms are calculating up to cost up to over £100 per person. This is not including the additional PE uniforms, school bags, shoes, the list is nearly never-ending.

Also, this is not to mention if parents are having to purchase uniforms for more than one child the total of costs are going to cause serious financial problems for people.

I spoke with SVP Area President of the Armagh, Banbridge, Craigavon and member of the regional board Brendan McKernan and got his views on what needs to be done by the government so that it does not come down to organisations like SVP having to step in.

Brendan appreciates that the uniform costs are so varied and understands the practical reasons why schools want to have different uniforms. It enables them stand out and also helps to represent the school.

However, he does believe that the government needs to step in and “reflect on the price of school uniforms."

Brendan stated:" In relation to the government stepping in, I mean the government have stepped in to do different things in the past when you think of the likes of the 11+. The government may just say this is what we are going to do, you have to cap your uniforms at this price, although we don't believe it will work like that. We think there really needs to be a three-pronged approach, so we would call on the schools governors to actually reflect on the price of school uniforms and make it more open so that it is easier to get from various places and not restricted to one supplier. It's really about the schools, government and parents getting together in consultation with each other trying to set up something that works. "

Brendan suggested that it would also be beneficial for parents and teacher associations to introduce schools hosting a uniform swap day. Where children can bring in their old uniforms and swap it for a more updated or better fitted piece of clothing. Therefore, families who are struggling benefit while also supporting sustainability.

He also added: " We would also say that the government needs to look at increasing the amount of school uniform subsidies, not just to people on benefits but also those people who are experiencing in work poverty. There are people who are working and getting by ok, but then with the cost-of-living crisis it means that they cannot, its more than they can afford, you are talking into hundreds of pounds for uniforms."

However, McKernan made the point that if schools were to take these actions, then it could lead to even more problems in relation to social class:

"The difficulty with that would be that schools would then or could potentially bring in a main school uniform and it could cost only £100, and they may say offer optional extras. So, there will be a set uniform that the parents will have to buy, but if they wish to they can purchase a blazer at a separate price, its optional. Now, that is going to cause a difference in regard to class, with people who can afford to buy the blazer and those who cannot."

According to the Education Authority (EA) some families could be eligible for free schools meals and uniform allowance. If you are in receipt of one of the following: income support, income-based jobseeker's allowance, income related employment and support allowance and guarantee element of state pension credit.

However, Brendan is aware that in today’s society that everyone is struggling with the cost of fuel and living and that even families who are not deemed eligible according to the EA still require the extra support.

"If we look at children who are in school the vast majority of their parents are working, and it might be one or it might be both parents. If one parent is working it probably knocks you off that eligibility for a school uniform grant, and not only the uniform grant but free school meals. This is another challenge for parents and the thing with it is everything has gone up in price.

"I mean the government has been giving out this fuel support money and to people on benefits and that hasn't been going to people on low income. This means that they still continue to struggle, and we have a lot people who are working who contact us seeking assistance because they work but they still have the child minding fees to pay, dinner money to pay, they have school uniforms, food to buy, school trips, cost of fuel, all of this is difficult for them and they are not getting any support."

Brendan informed me that along with their numerous services St Vincent de Paul offer they also provide vouchers for local retail outlets that sell school uniforms for families that are struggling during these times.

Brendan exclaimed: "We cover all parts of NI, we may not have a St Vincent de Paul in your area but we are thee for everyone. And because we assist everyone, they are always so grateful.

"We are always calling for people to contact us, we see ourselves as an organisation that there is nothing, we will say a definite no to, we are here to support people in need. It’s about having a conversation and helping people with the short-term difficulties. Whether that need is a pensioner who is lonely or someone who is struggling to put oil in the tank, we are there to try and support them. ”