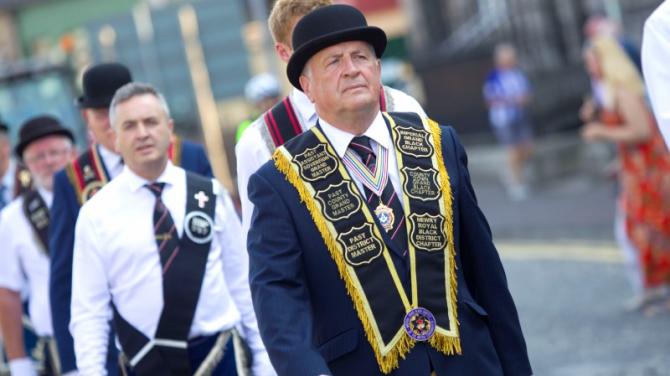 The Royal Black Institution will mark the finale of the parading season, the Last Saturday, with six major demonstrations on August 27.

The north Down seaside resort of Bangor, which in May was granted city status in the Queen’s Platinum Jubilee Civic Honours, is the venue for the largest demonstration.

A total of 105 preceptories and 95 bands will parade through Bangor to the demonstration field at Ward Park.

Hosts are Bangor Royal Black chapter No 13, and the parade is scheduled to start at 12 noon, with the return procession at 4pm.

Sovereign Grand Master Rev William Anderson, who will attend the Bangor demonstration, said approximately 350 preceptories and around 300 bands will be involved in the traditional events.

He said: “The Last Saturday celebrations are a glorious expression of culture, marking a flagship day in the annual parading season.

“We are expecting tens of thousands of supporters to turn out at the six major venues now that there are no restrictions in place due to Covid regulations, as was the case for the past two years.”

He added: “The institution is founded on Christian principles, and services of worship will be held at each venue to underline the ethos and moral values of the Imperial Grand Black Chapter.”