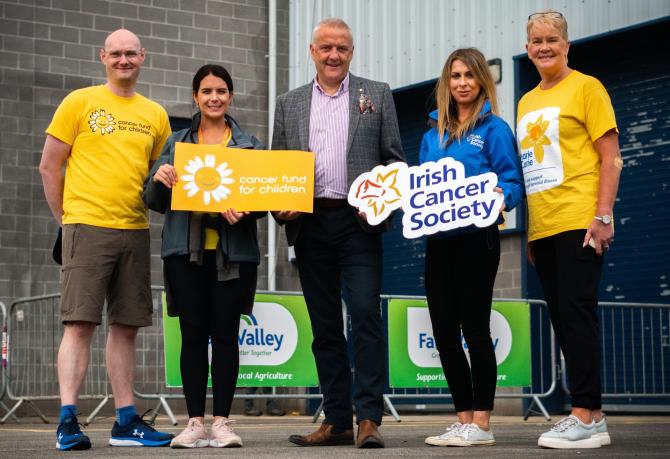 Over 50 staff from multiple sites across Fane Valley Group came together to scale the 30m façade of the Fane Valley Feeds’ Mill in Omagh, Co Tyrone, recently.

Representatives from three charities - Marie Curie, Cancer Fund for Children, and the Irish Cancer Society - were in attendance to show their support to the brave abseilers on the day.

Fane Valley and its Group of companies have joined forces to support three Cancer charities under the banner of their new charity partnership, ‘The Daffodil & Daisy Cancer Charity Fund’. Marie Curie, Cancer Fund for Children and the Irish Cancer Society make up the trio of lifesaving and life-changing charity organisations with an All-Ireland reach, reflecting Fane Valley’s operational activities across the island.

Ronan McCanny, Fane Valley Group Project & Sustainability Director, and Charity Abseil Coordinator remarked, “This was the first time that we have hosted an abseil fundraiser at any of our Fane Valley sites.

"The sizeable 30m mill building lends itself perfectly for the abseil event, and I am delighted to say that 54 abseilers participated on the day. The abseil, directed and overseen by Belfast Activity Centre was a huge success.

"I would like to take this opportunity to thank all our abseil participants, helpers and volunteers, caterers and the many members of the public and customers who have contributed towards and donated to this event.”