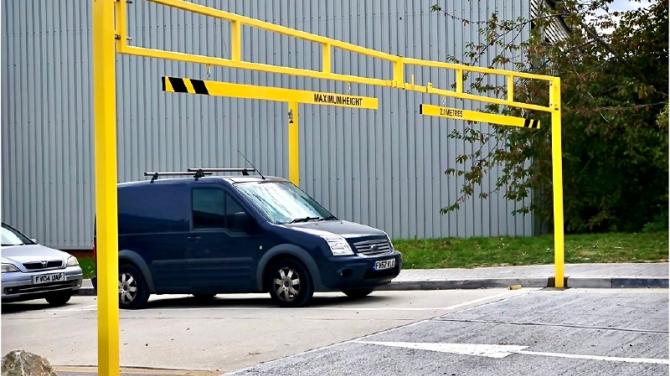 ENTRY height restrictions to amenity centres in a council area could soon be for the dump.

A motion to remove the barriers at recycling zones in Newry, Mourne and Down District Council was made at the sustainability and environment committee on Wednesday night.

The chamber heard of ratepayers’ complaints and verbally abused council staff by the public concerning large vehicles being refused entry to local ‘dumps’.

Barriers were brought in to the centres through a council policy in 2019, to prevent commercial dumping and protect the use of the sites for ratepayers.

However, Mournes councillor, Glyn Hanna (DUP) who made the proposal, stated that he did not want a “fudge solution” after his constituents were left “angered at being turned away simply due to the height of their vehicles”.

“The amount of complaints I have had on this matter is absolutely colossal,” said Cllr Hanna.

“I have had a local disabled person being turned away from the recycling centre, just because their vehicle was too high and not what they actually had in the vehicle, this should never be happening.

“I believe the height restriction should be removed completely by the council to allow all vehicles entry to the centres.

“There are certain items of domestic waste that just cannot be taken in a car to the amenity centres.

“There needs to be a solution to this matter and I am afraid that the council officers may come back with a fudge.

“The officers need to understand the real anger that there is out there, it’s unbelievable,” added the councillor.

The committee heard from assistant director of waste management, Sinead Murphy who explained that the height barriers had been brought in to deter commercial waste.

Ms Murphy added that all disability badge owners should be allowed access to the amenity centres and that a zero tolerance should be enforced for abuse to council staff.

“We have to be careful that we do not throw the baby out with the bath water on this.

“When I first heard that there was going o be barriers at amenity centres, I wrote to the council to express my concerns.

“In the Mournes area there a lot of trades people who have vehicles with tow bars and the like, who were being automatically stopped from entering the sites.

“I understand the barriers are to prevent commercial waste, but I don’t accept the argument.

“There are staff members at the centres who know the regulars and members of the public accessing these sites, they can see what type of waste is being brought in and control it.

“When the decision was made about the height barriers, it was made at council official level and not given to the councillors to decide.

“We should have been allowed to decide for the constituents we represent,” he added.

A report on height restrictions at amenity centres is to be provided at the committee next month.