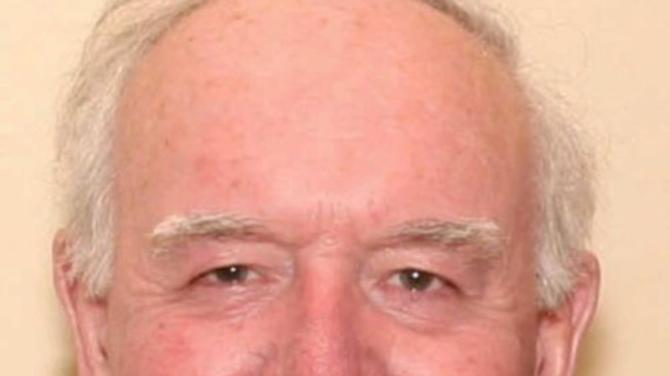 Parishioners and Clerics from throughout the Archdiocese attended the Church of Saint Malachys Carrickcruppen Camlough to pay their respects to the late Very Reverend Robert (Bobby) McKenna.

The much respected Cleric passed away peacefully at Daisy Hill Hospital, Newry, surrounded by his devoted family on 1st September 2022.

Father McKenna was the beloved son of the late Robert and Cassie McKenna RIP and much-loved brother of Maeve (Harkness), Dr Patsy, Brendan, Kay (Bell) and the late Emmett RIP.

Father McKenna was born May 12, 1934 in the parish of Killeeshill.

Father McKenna was ordained a priest on June 22, 1958; after finishing his clerical education at Saint Patricks College. His first appointment within the church was as an assistant in the Parish of Loughgall for a year in 1958 before he was put on loan to Menevia in Wales for a year.

Father McKenna would return to clerical duties as a parish priest when he was appointed as a curate in the parish of Kilsaran for four years from 1982 to 1986. He was later appointed as Parish priest in Ballymascasnion from 1986-95, in Haggardstown and Blackrock from 1995 -1999 before finally becoming Pastor Emeritus and Assistant Pastor in Bessbrook in 1999 before finally retiring in 2018.

Requiem Mass was celebrated yesterday, Monday, with interment immediately afterwards in the adjoining cemetery. Sacred Heart of Jesus have mercy on his soul.

Local MLA Justin McNulty was one of many to pay tribute to the former Cleric.

“A man of spirit. A man of service. A man of the people. A wonderful, warm human being who was highly respected and much loved

“The Chairman, Committee, Supporters and Friends of Carrickcruppen GAA join with the whole community of Camlough and Bessbrook in expressing their deep sense of loss on hearing the news of the passing of Fr Bobby McKenna.

Over the long history of Carrickcruppen chapel, the parishioners have had many outstanding servants of the people and of God. There have been few who were held in such deep affection as Fr Bobby.

Officially, Fr Bobby retired from ministry some years ago and there was a great sense of relief when it became clear that Fr Bobby would continue to live in the area and continue to carry out what duties he could. Being as popular as he was, Fr Bobby’s retirement was extremely busy. Almost every family in the area counted him as a friend and when needed a spiritual support. Being a man of the people, whose great learning was carried lightly, he had the common touch of the committed apostle. Fr Bobby was invited to every possible community and family event and being generous with his time and loving his people, he always tried to attend. In Carrickcruppen we loved to see him with us at so many community and family functions.

Fr Bobby was gentle and understanding with a great sense of humour. He had little need to preach for in his manner and in his caring nature he showed what it is to be a truly Christian soul.

To Fr Bobby’s family, to his fellow priests, to our fellow parishioners and to all those close to him we extend our deepest condolences. Ní bheidh a leithéidh arís ann. Tá a chuid oibre déanta go maith aige. Suaimhneas síoraí air.

R.I.P.Fr.McKenna you will be missed greatly you certainly run a good race and never gave up Heaven is your home now and I am sure there was a great welcome for you when you arrived you were one of the best.

A true gentleman .May his gentle soul rest in peace

A gentleman & a wonderful priest

RIP Fr Bobby. I will dearly miss your smile and gentle conversation.

Father McKenna you will be sadly missed. Rest in Heavenly Peace.

So sorry to hear this Fr Bobby was a truly kind and compassionate soul, his passing is a great loss, May he Rest in Peace

Father Bobby was a true man of God. A gentle soul, quietly spoken, who gave solace to all at their lowest point.