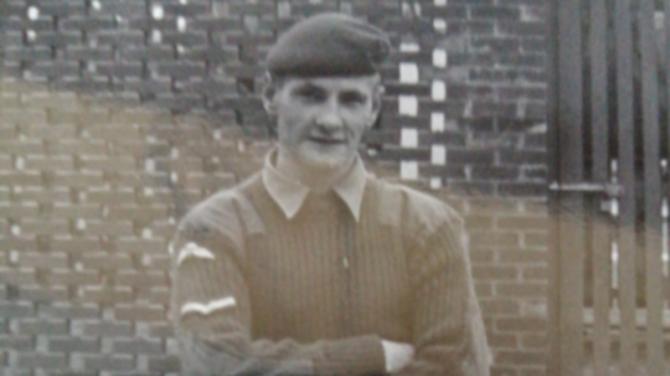 THE surviving relatives of a soldier who was killed in the 1979 Narrowater massacre have made public their intentions to travel to Westminster this month to protest the proposed statute of limitations on troubles related crimes.

Entitled “Addressing the legacy of Northern Irelands past” the controversial bill seeks to introduce a blanket ban on all further prosecutions of any individuals who may be suspected of having committed criminal wrongdoings throughout the thirty year long historical narrative of the troubles.

The proposed statute of limitations would be universally applicable to any individual suspected of committing a crime during the troubles regardless if they were a member of either a loyalist or republican paramilitary organisation or of any state security force such as the British Army or the RUC.

Suffice to say the proposed blanket ban on troubles related prosecutions has been met with a considerable amount of opposition and controversey not in the least of which from the countries five main political parties as well as the many surviving relatives of those who were murdered and maimed throughout the conflict.

Two of these relatives are Alex and Christine Blair whose younger brother Donald Blair was killed in the notorious Narrowater massacre.

Widely regarded as one of the most horrific atrocities committed by the IRA against the British army throughout the troubles, the Narrowater Water massacre occurred on August 27 1979 in which the republican paramilitary group inflicted on the British Army its worst casualty toll since the second world war.

In a premeditated, coordinated and callous attack the IRA killed 18 soldiers, 16 of which were from the second parachute regiment, after two fertilizer bombs were detonated in succession one after the other along the Warrenpoint road near to the Narrowater castle close to the border with the Irish Republic.

Amongst the 18 killed was Lance Corporal Donald Blair (pictured right) who died roughly 30 minutes after the first explosion took place when the IRA, having successfully anticipated what the parachute regiment would do following the first bombing, detonated a second bomb loaded with 800 pounds of fertilizer close to the Incident Command Point or ICP that had been set up to deal with the aftermath of the first explosion. The atrocity took place on the same day that the IRA also assassinated Lord Louis Mountbatten of the British Royal Family.

Now following the 43rd anniversary of the massacre, in which they also paid a personal visit to Northern Ireland and the site where their brother was murdered , Alex and Christine Blair have made public their intentions to visit both Westminster and the House of Lords this September 12 to publicly protest the statute of limitations alongside representatives from the South East Fermanagh Victims Foundation or SEFF.

According to Alex, who fondly remembers the short period of time that he spent with his brother on the weekend before he was redeployed to Northern Ireland, in his opinion the main purpose of the Statute of limitations is to enable the British government to potentially save millions of pounds in not carrying out the necessary enquiries needed to bring the perpetrators of some of the most heinous crimes committed during the troubles to justice.

“My brother was called Donald Blair; he was Lance Corporal in the second parachute regiment and he was 23 when he was killed in the Narrow Water bombing. I would have been 30 at the time he was killed. The weekend before he went back to Northern Ireland Donald he was up for a weekend staying with us and we had a few beers together. He knew the risks involved in being in the parachute regiment but he was a young boy and he wanted to serve in the army and he really did enjoy his life in the army.

“I first found out that Donald died whilst I was on my way home from work in 1979 at about 5.30pm. We were in the car and it came across the news that eighteen soldiers had died in Narrowater and I turned to my work colleague who was with me and I told him "That is my brother." That night two police officers came to the door and told us the news.

“Regarding the statute of limitations on troubles related crimes I am going down to London to meet the Lords on the September 12 and then there is going to be a protest held outside parliament organised by SEFF the next day when the bill goes through. Boris Johnson wanted to try and justify the statute by portraying the bill as if its purpose was to stop soldiers getting prosecuted but if you ask me the real purpose of the statue is to stop the enquiries into crimes carried out by republicans during the troubles.

“Also there were hundreds of millions spent in enquiries into the likes of Bloody Sunday, Ballymurphy, the case of Pat Finucane and Lough Gaul. The British government know that these enquiries are draining the British purse so this is why I believe they are putting the statute of limitations in place. If they shut down these enquires the British government is saving hundreds of millions of pounds, so I do think this is the road it is going to go down.

“Furthermore, the young fellas who served with my brother Donald in the Parachute regiment were sent over to do their duty and they were murdered so it is not right that from a legal standpoint they should be equated with terrorists, which is what the statute of limitations is doing.”

In their recent visit to Northern Ireland following the 43rd anniversary of the Narrow water massacre Alex and Christine also had a meeting with a number of inspectors from what use to be PSNI’s historical enquiries team. Alex claims that although following the meeting things “are the same as (they) have always known” according to him what did come out of the meeting is the fact that the “Historical Enquires team were only half way through their investigations when they got shut down” and that the “PSNI, old RUC and Garda all have evidence.”

“We had a meeting with a chief inspector and two other inspectors from what use to be the PSNI's Historical Enquirires team, this was a legacy investigations branch. We went over the details of what happened at Narrowater and we were asked a number of questions and it is the same as we have always known.

“What did come out of this meeting is that the Historical Enquiry team were only half way through their investigation into Narrowater whenever historical enquiries got shut down. They have not finished their review but they did tell us that they, they being the PSNI, the old RUC and the Garda have evidence, but until they do the full review, they cannot act on any of the evidence that they have. There are thousands of reviews to be done and it could be another twenty years before we find anything out.

“There was collusion with the British Army and Loyalist paramilitaries in the troubles so this goes both ways. It goes a lot deeper than any of us will probably know or ever find out. After our visit to Warrenpoint and Northern Ireland I am going to have a deep look into this and then SEFF will approach the Irish government for comment.”

Alex concluded by stating that as it stands, he wants “ an apology from the British government, the Irish government and the IRA army council for what happened at Narrow water.”

Christine Blair concluded by providing more detail on the circumstances in which her brother Donald was killed at Narrow Water as well as relating some fond memories that have stayed with her regarding her beloved sibling despite 43 years having now elapsed from the time Lance Corporal Blair spoke his final few words of “if anything ever happens to me, don’t cry, be happy” over the phone to his cherished younger sister.

“There were seven soldiers killed in the first explosion at Narrowater and then there was eleven killed in the second explosion, making the total number of soldiers killed 18. Donald came from Newry with his radio operator alongside a major Rogan. They were in one of the land rovers that came from Newry that drove towards Narrowater following the detonation of the first bomb. According to paper work we have only recently received they arrived at the scene of the bombing at 12 minutes past five and when they got to Narrow Water they meet up with Lieutenant Colonel David Blair and his radio operator a Lance Corporal Victor Macleod. The second bomb detonated around a minute after Donald arrived at Narrow Water following the detonation of the first bomb. So, my brother had just arrived at the scene when the second bomb was detonated.

“We also recently paid a trip to Northern Ireland to attend the 43rd anniversary of the Narrow Water bombing. I was 21 whenever Donald was killed. He was in the military for seven years having first joined the army in the juniors at the age of 16 before he joined the parachute regiment when he was 18. The last tour of duty that he did was in Northern Ireland. He left home on July 23 1979 and they were deployed the next day out to Belfast. He died five weeks to the day later after he arrived in Northern Ireland. He had done tours of duty beforehand; he was in Germany and America and various other places as well.

“Anytime he was on leave he never went anywhere he always came home and because there was only two years of a difference between us even when we were at school and when he was in the regiment his pals would come up at night and my pals would come up at night and we would socialise all the time. So, whenever he was on annual leave from the parachute regiment, we would have done the same, his friends would have come up and my friends would have come up, be it in the house or in the pub or whever else.

“I did speak with Donald the Saturday before he died. He sounded fine and he was just his normal self. The last thing he ever said to me was "if anything ever happens to me, don't cry, be happy."

“I first found out that my brother was killed when two police officers arrived at the door of our family home in the outskirts of Glasgow at 1.05am on a Tuesday morning in 1979. I stood in the house for five hours in tears before I awoke my mum and dad to tell them what had happened.